You are here: Home / Games / Tabletop & RPGs / Good grief…. It’s a Stegosaurus!: A Review of Doctor Who – The Third Doctor Sourcebook 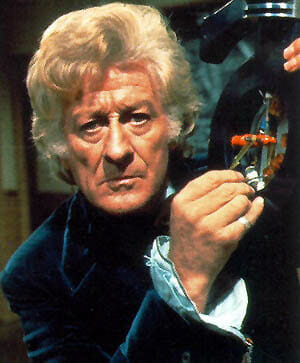 The interesting thing about Doctor Who, highlighted in more than one of the documentaries released around the 50th anniversary celebration of the show, is how different each Doctor has been. More so , it’s interesting to note just how much earlier Doctors have influenced the characteristics and actions of those that followed.

The Third Doctor, played by Jon Pertwee, provided an exciting freshness and dynamism. In part, this came down to the new focus of the show, with an long-running plot marooning the Doctor on Earth with a non-functional TARDIS. Unable to time travel, the story of the Doctor needed to engage all cylinders for action and adventure. Pertwee’s Who owes something to the action serials of the late 60s, like The Avengers, The Prisoner and Department S, as well as the swashbuckling of an earlier era.

The Doctor himself changed in ways beyond the physical. He became an active, have-at-you adventurer, filled with flare, charisma, and a flamboyant eye for fashion. As well as an incisive mind, he fought his enemies hand-to-hand or with an array of vehicles and gadgets.

When it came down to companions, they too changed. Rather than the tourists of the First Doctor or the energetic screaming teens of the Second, the Third Doctor, reluctantly at times, found company in competent and capable assistants and supporter, scientists, journalists, and military personnel. Pertwee’s Who heralded the era of UNIT (covered in detail in the Defending the Earth UNIT Sourcebook) and the clipped tones of Brigadier Lethbridge-Stewart.

Form
The Third Doctor Sourcebook for Doctor Who: Adventures in Time and Space is available as a hardback book or, as in this review, a 160-page PDF. Written by Walt Ciechanowski and Graham Walmsley. Published by Cubicle 7, under licence from the BBC.

The book follows a two column format, with clearly divided chapters and sections handling, at first, different aspects like companions and gear, and then chunks of stories – three episodes per chapter.

The book features colour and black-and-white images captured from both the series and staged publicity photos throughout. The result – a book that looks fantastic, constantly serving up images that support the content and engage the reader.

Jon Pertwee really was a dynamic and flamboyant figure – and reading this book made me want to watch more of his Who.

Features
When I picked up The First Doctor Sourcebook, I feared that future Sourcebooks might struggle to bring fresh new content to light outside the episode guides. Surely, after you have looked at a few dozen adventures you’ll run out on variations upon a story and how such plots might apply in your game. However, I hadn’t really accounted for just how different each incarnation of the Doctor made the show, with his attitude, crusades and personal approach to relationships with friends, allies and enemies.

The Third Doctor Sourcebook kicks off with some of this sort of consideration around the new Doctor and how he varies from those who came before him. Here we have a Doctor exiled to Earth and forced to bide his time while subject to this most harsh of sentence from his own people. He finds purpose in serving as Scientific Advisor to UNIT – and adventure-wise we get a very different approach, dealing with the impacts of greed, revenge, and machiavellian plots to destroy the universe.

The Third Doctor faces many foes that act not from malice or evil intent, but from desperation, necessity, or right of precedence. The Doctor uses diplomacy, action, Venusian aikido, and a keen scientific mind to save the day – often assisted by five rounds rapid from the ground forces of the Brigadier and UNIT. The stories echo concerns of the era, including galloping consumerism, environment, and the tricky balancing act of politics and diplomacy.

Chapter Two covers new crunch in the form of character types, new Traits, vehicles and gadgets. The Third Doctor enjoyed nothing more than whipping up a new gadget, jury-rigged from TARDIS scraps and salvage, or cruising at speed through the countryside in a souped up Edwardian roadster. You get crunch for a few key items here, with others scattered throughout the book.

Chapter Three provides stat blocks and background for key Enemies, including the Daleks, Autons, The Master, and the Silurians. You get more information here on these enemies because they’re recurring monsters throughout Pertwee’s period. Again, additional personalities and creatures appear throughout the book, appended to the end of each story summary.

Chapter Four takes a look at how to make your game more like the adventures of The Third Doctor by focussing on Earth, action, diplomacy, science and adversaries whose motivations aren’t always simple or evil. Much of this section provides an overview, highlighting detailed coverage under specific stories later in the book. It makes perfect sense to not bulk out this chapter with all the information and support.

Chapter Five through Twelve forms the bulk of the supplement, detail the individual stories of The Third Doctor. As with the previous Sourcebooks, each story from the Doctor’s tenure has an overview of events, following by more detailed consideration of the type of story, the specific motivations of characters, and stats for new personalities, monsters, traits, gear, and crunch.

Looking at Chapter Five, it hit me – and made me feel rather foolish – that the Third and Ninth Doctor both faced identical challenges in their first adventure. They struggled to to find their footing following regeneration after saving the Time Lords and faced off against an angry invasion of walking, well-armed plastic, in the form of the Autons and their controlling overmind, the Nestene Consciousness.

The Spearhead from Space also uses an ongoing plot device – the invasion – that appears time and time again throughout the classic and current series. The post-plotline discussion includes notes on using the episode as a template – picking out the key beats and replacing the detail with your own.

Without listing each and every story, each presents excellent nuggets of information, new mechanics, and lateral thinking ready to fuel many adventures, and indeed whole campaigns, of adventure.

For example, the story Inferno features a parallel dimension and a dangerous primordial infections, and it immediately occurred to me you could have an entire Fringe-like campaign running out of just this.

Many stories features strong representation from UNIT, so various pieces of advice deal with how to best integrate them into stories while not allowing their presence to overpower or alter the tone. They can be a great source of clues when PCs get stuck or covering fire when a Time Lord needs a diversion, but ultimately they’re flavour and background unless you want them to be more.

Science plays a key role in the series, normally in experiments that should be life changing but end in mutation, invasion, infection, disaster, or the destruction of the planet. As one section points out, The Third Doctor seems to find convenient and well-equipped laboratories in the most unusual and improbable locations – but that’s just one of the themes of the era you need to consider when you want to play with a Third Doctor flavour.

The Third Doctor spends a lot of time fighting off the machinations of The Master, so several stories contain advice on how to handle this renegade. In truth, drawing on his most recent incarnation and the madness inflicted by staring into the Untempered Schism, the ludicrous schemes and connivances almost make sense as the clear evidence of an unhinged, but brilliant, mind.

Sections cover such diverse elements as dealing with paradoxes without the headaches, the confusing business of disguise and illusion, the beginners guide to incarceration and escape, utilising UNIT without turning every encounter into a skirmish, the magic of science and the science of magic, the good and the bad side of ambiguous personalities (including The Master), and the very real danger of Mind Controlled Morris Dancers…

Oh, and you get a whole page of dinosaurs stats, including the T-Rex, to accompany the Invasion of the Dinosaurs story. Morris Dancers and prehistoric predators… what more could you ask for?

I always rate a reference-style book highly if I find myself stopping to cross-reference, research or make copious notes because I have streams of thought going on too valuable not to write down. If a writer can poke just the right spot to get my creative juices running, that’s brilliant. While I found reading the Sourcebook fascinating, I found equal entertainment in pursuing the thought processes and ideas that led me away, momentarily, from the page.

Final Thoughts
The 50th anniversary has been a big year for Doctor Who, and the series continues to go on from strength to strength, with the great prospects of a new Doctor in 2014. Thankfully, in this third volume, Cubicle 7 has delivered another excellent resource and reference for interested fans, enthusiastic players and budding Gamemasters. The Sourcebook comes filled to bursting with ideas, alternative storylines, new mechanics, and great potential.

The Doctor Who Sourcebook series doesn’t simply tread the old ground of series synopses for Who that have been revisited time and time again. In considering each story in the context of the roleplaying game and the prospects for generic reuse and recycling, the Sourcebook offers a great deal more. Not only do you have a pool of instant ideas, seeds and adventure hooks, you also have a fascinating guide to seeing the series in a new light, as a rich vein of creative potential.

If you take the time to see the series in the same critical and thoughtful way these writers have approached it, you too can concoct your own time travel adventures without having to resort to reversing the polarity on the neutron flow. The Whoniverse is your marine bivalve mollusc.

Good grief…. It’s a Stegosaurus!: A Review of Doctor Who – The Third Doctor Sourcebook 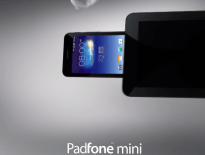 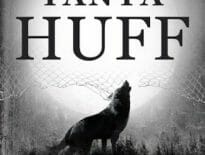