It’s been a busy month of comic book reading for me. For the most part this is made possible by a shiny new Nexus 7 tablet (hmm, comics in HD) and the inability to sleep. I wonder if the two are connected?

In Irregular Reconnaissance I take the chance to write up some of these late night readings, share my thoughts, dabble in fair use screen shots and solicit opinions from other comic book fans. What would you recommend I read next? 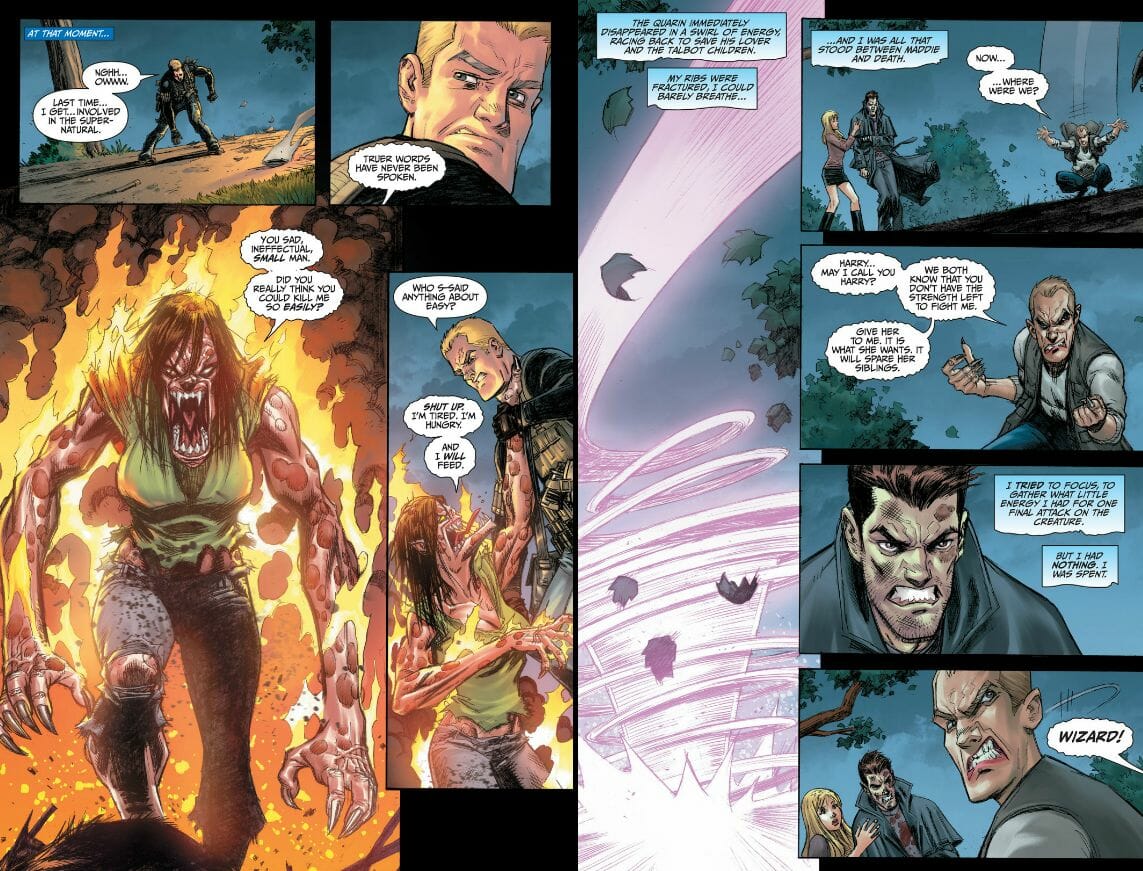 What’s not to like about the Dresden Files comic book extension of the novels? Jim Butcher has his name in the writing credits of the 6th in the series – not just vanishing at the first. Mark Powers does well to bring all the Dresden wonder together in something suitable for the comic book format.

Is this the end of the series? Might well be. 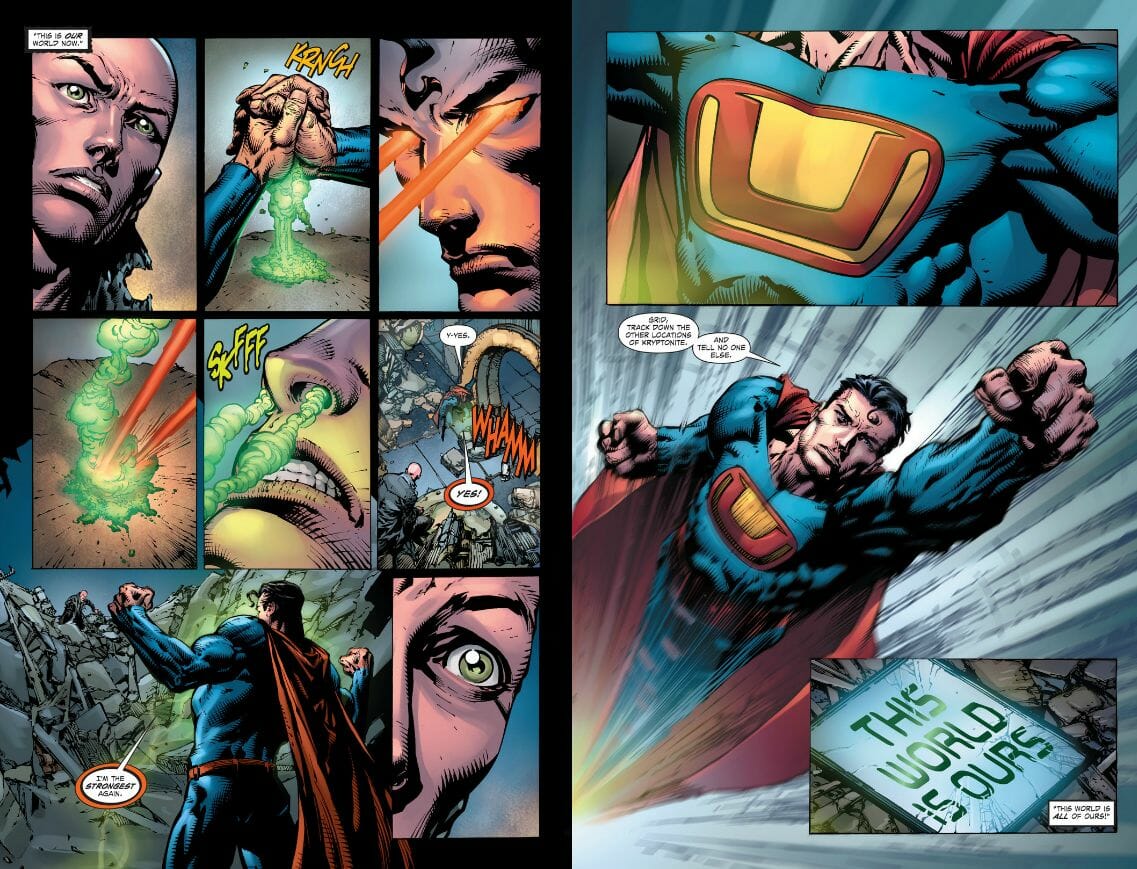 I read this as it was listed as necessary reading to continue with the Justice League Dark. For a start that felt wrong.

I think the evil twin plot line is limiting. It doesn’t build a mythos. Compare this to Infinity where we’ve got almost countless space superheroes to discover and new power limits – that’s an opening world. This one feels closed.

Status: Urg, scraping through in an honest attempt to read some Justice League stuff. 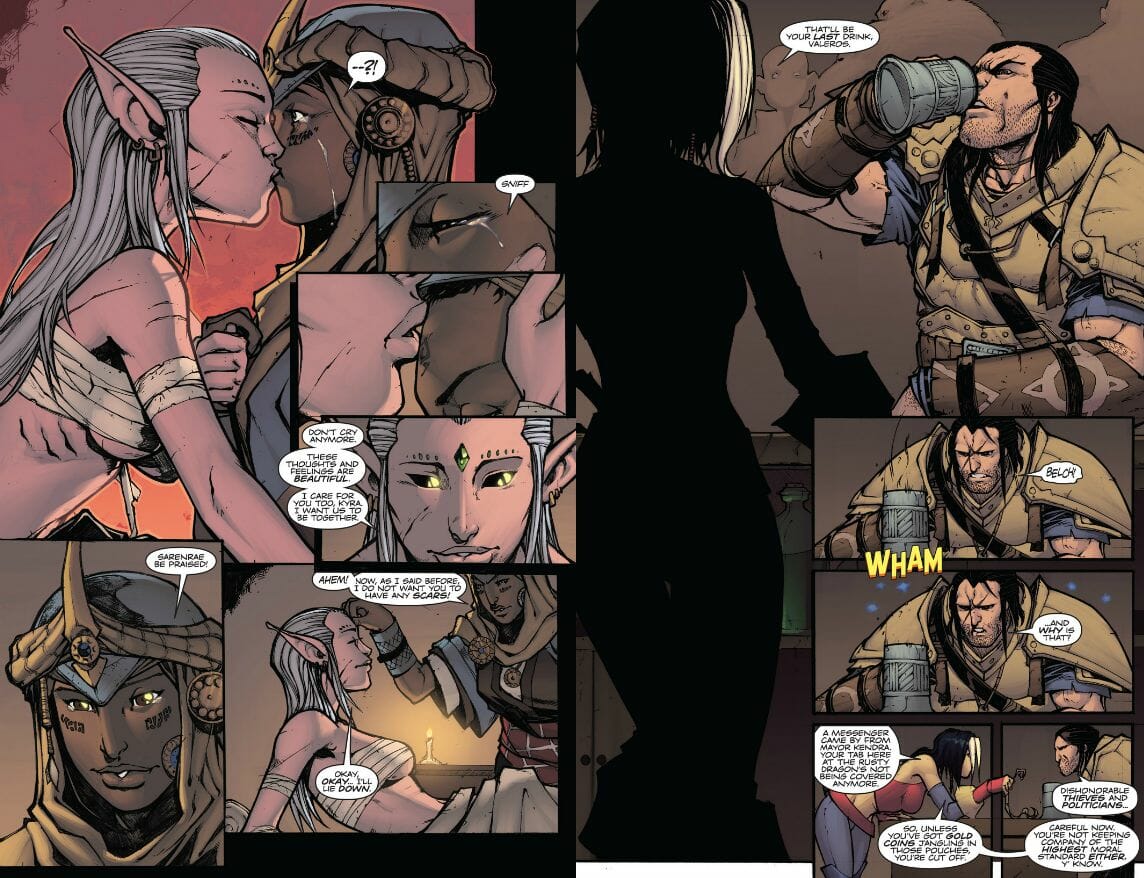 Okay, fan service aside – Pathfinder shows that there can be shades of grey even in a colourful high fantasy world. In this case we’ve got partial defeat and doubt cast on appropriate decisions. We’ve inter party drama (ahem), brewing trouble and appropriate hints at a much bigger back story.

Jim Zub, the series author, now also works on Samurai Jack so here’s hoping he can do justice to both titles. 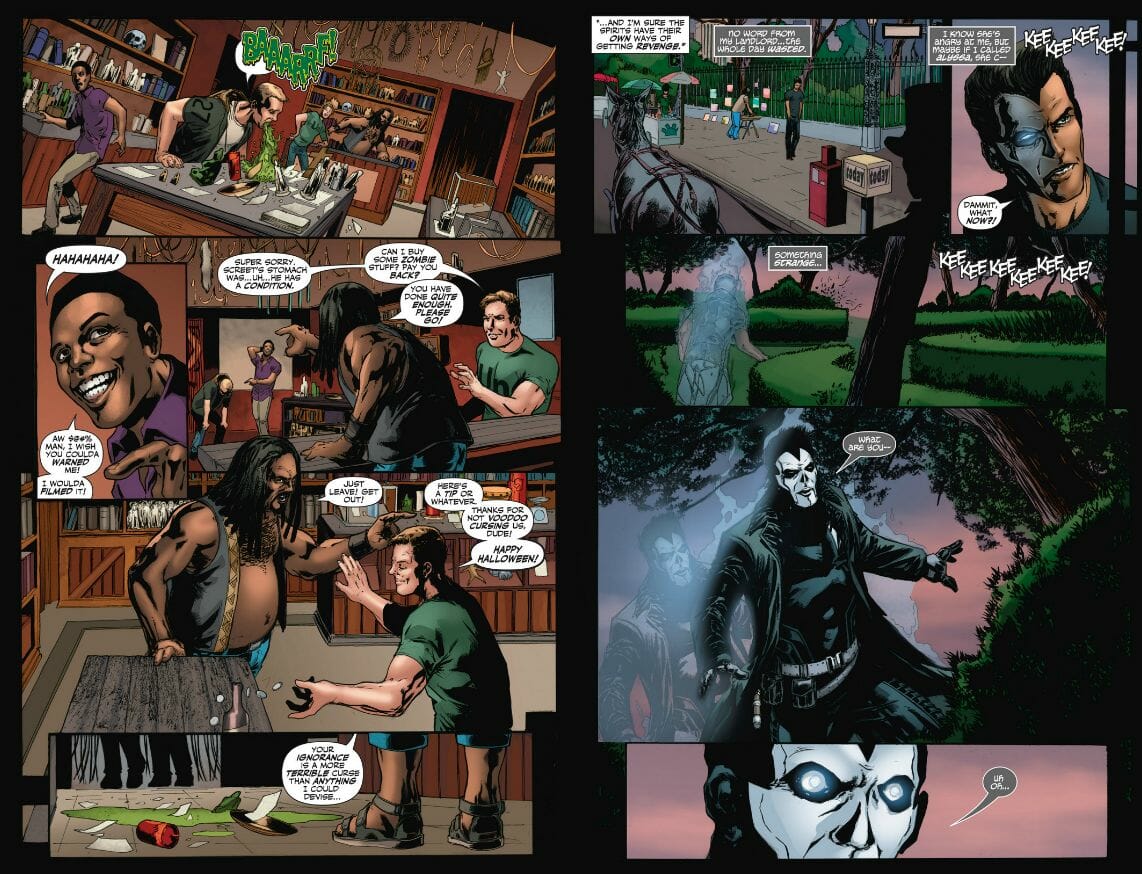 Maybe it’s magic. I can’t quite figure out why Shadowman manages to so safely sail above my approval meeting. Perhaps it’s because I love the set up. Normally this will work against the title; it has to live up to my expectations. I get the feeling that Shadowman isn’t doing that, I want it to be better but whether it’s magic or not this title manages to be good enough.

This is great news. I continue to look forward to the next issue and continue to want to learn more about the mythos. Long may it continue. 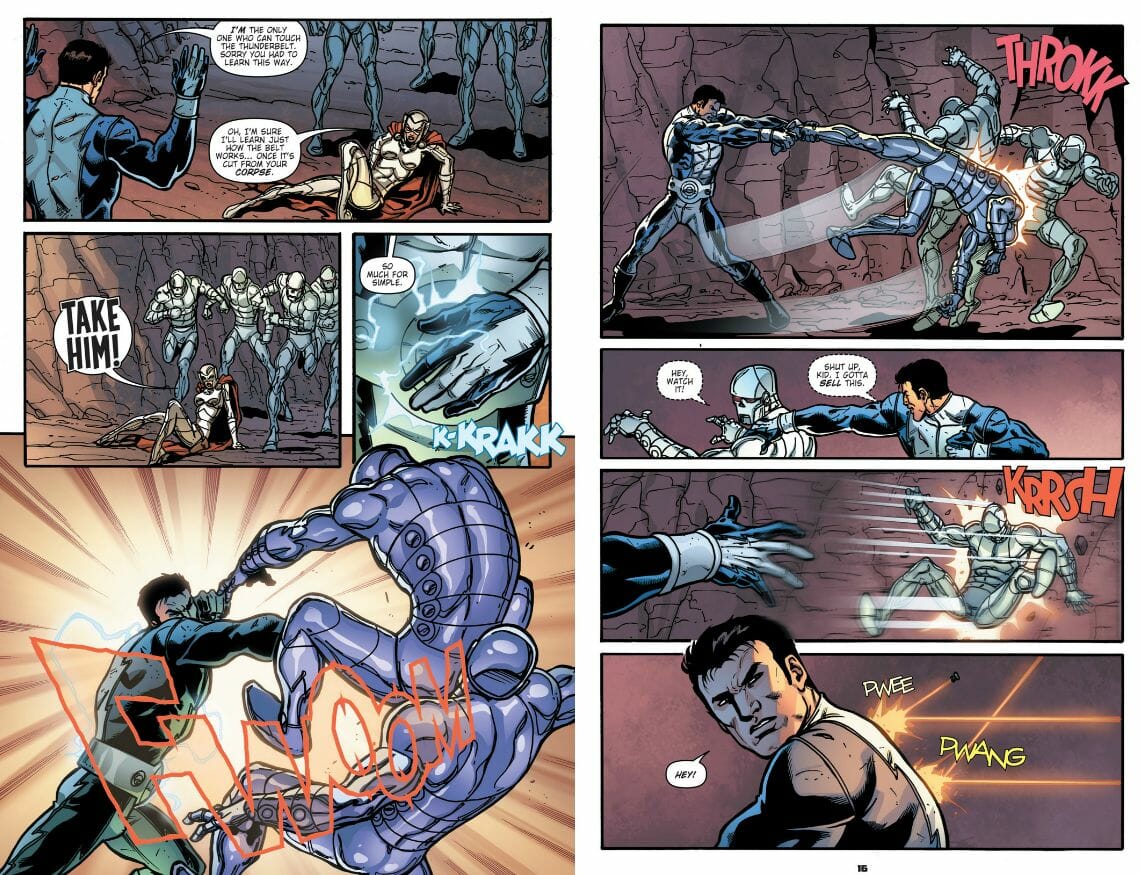 I came to THUNDER Agents pretty much looking for something from IDW to read. That could have been a disaster and I could have ended up resenting the fact I spent my money in that way. It’s telling that I don’t feel that way at all – I’m a little behind in the series but am enjoying it so far.

THUNDER Agents gets to play the “familiar yet different” card and it knows it. It does so with great effect, letting the story flow naturally, show cases the powers without letting things get ridiculous. 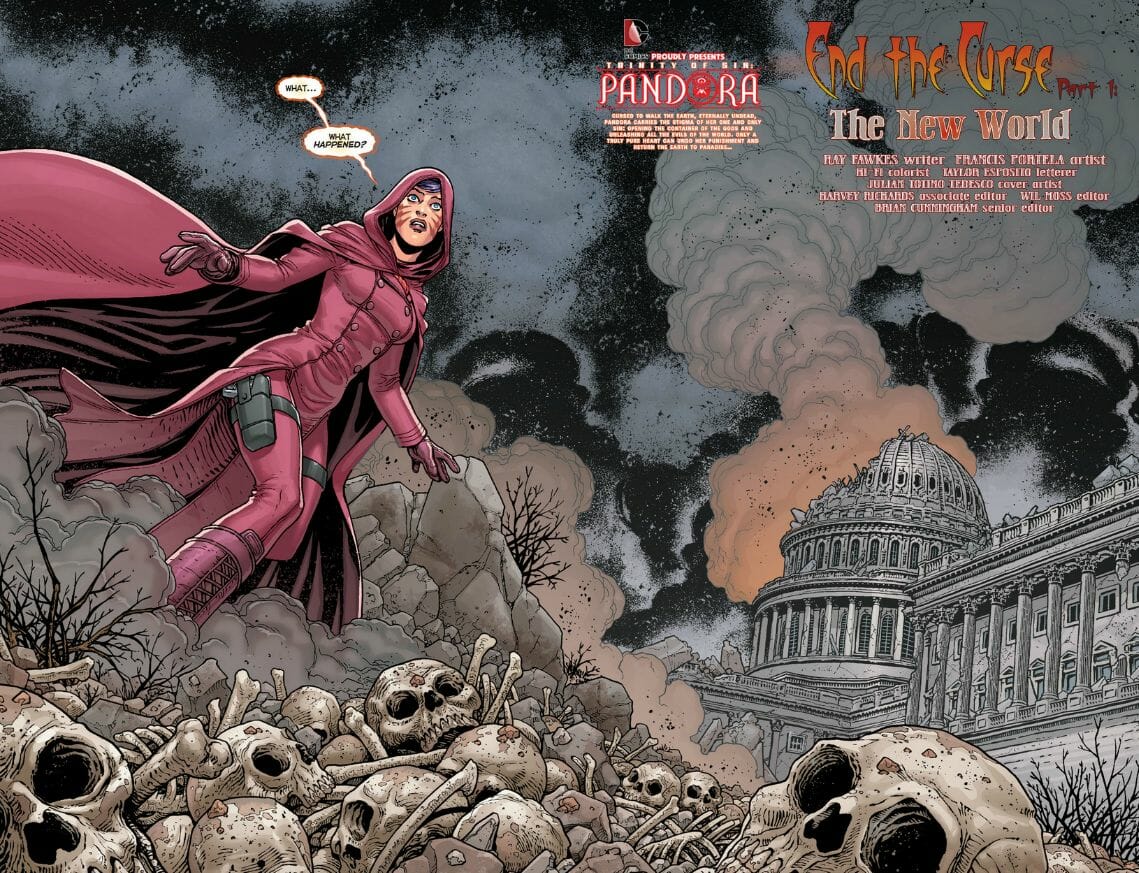 Miss Pandora carries a lot of other weight too – namely this dimension where evil and Justice League plots come from. It was back in Irregular Reconnaissance: Comic Books #4 when I wondered whether I’d seen the White House in the realm of all evil in a Justice League strip. I was wrong; it’s here in Pandora 4. Surely in a world of evil we’d never have gotten around to building the White House in the first place? Actually, it’s hard to imagine any form of parallel development at all. 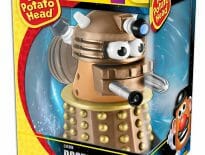 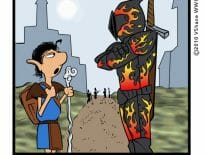