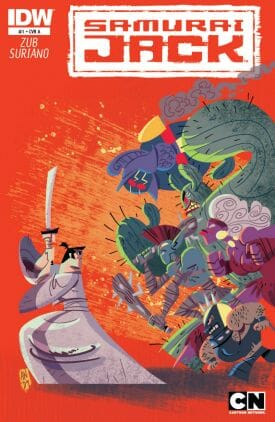 I adored Samurai Jack as a TV show. I stalked Amazon in the hope of a UK licensed DVD being made available for years before giving up hope.

Then it happens; IDW announces a Samurai Jack comic book series. I download it via Comixology at the first opportunity and discover the author is none other than Jim Zub of the Pathfinder comics and many other roleplaying geek favourites.

A hopeful start? Perhaps. I didn’t envy him the task though. Not only does Samurai Jack have a particular art style – which Andy Suriano nails in this comic – but it has a particular narrative style too. Jack fights without being aggressive. There’s comedy that might remind some of Whedon but certainly isn’t. There are lessons without preaching.

There’s also that wonderful blend of sci-fi and fantasy.

It’s with great relief that I found myself enjoying the first couple of pages of Samurai Jack #1. I loved the Scorpions of the Scorching Sands joke. It worked.

This comic also works as a first. It doesn’t even assume you know much about Jack, there’s a little recap and you certainly don’t need to know the TV series well. What it does is set Jack up with a quest – to find the threads of the Rope of Eons. This is a simple premise that can run and run.

Sure enough; that’s the direction Zub takes. Within panels Jack is onto the scent of a thread and through no aggression of his own finds himself in a serious fight. It’s a fight that blends the sci-fi and fantasy elements of the world well; with perhaps more emphasis on the fantasy.

Before you know it you’re at the end of the edition. It’s a great start, my hope is high – but I’ve learned my lesson, I’ve learned to be cynical and sceptical. Can it continue? Will the routine become a bore? Is there a nostalgia here that carries the first edition? I don’t think so… but, again, I’m cautious. 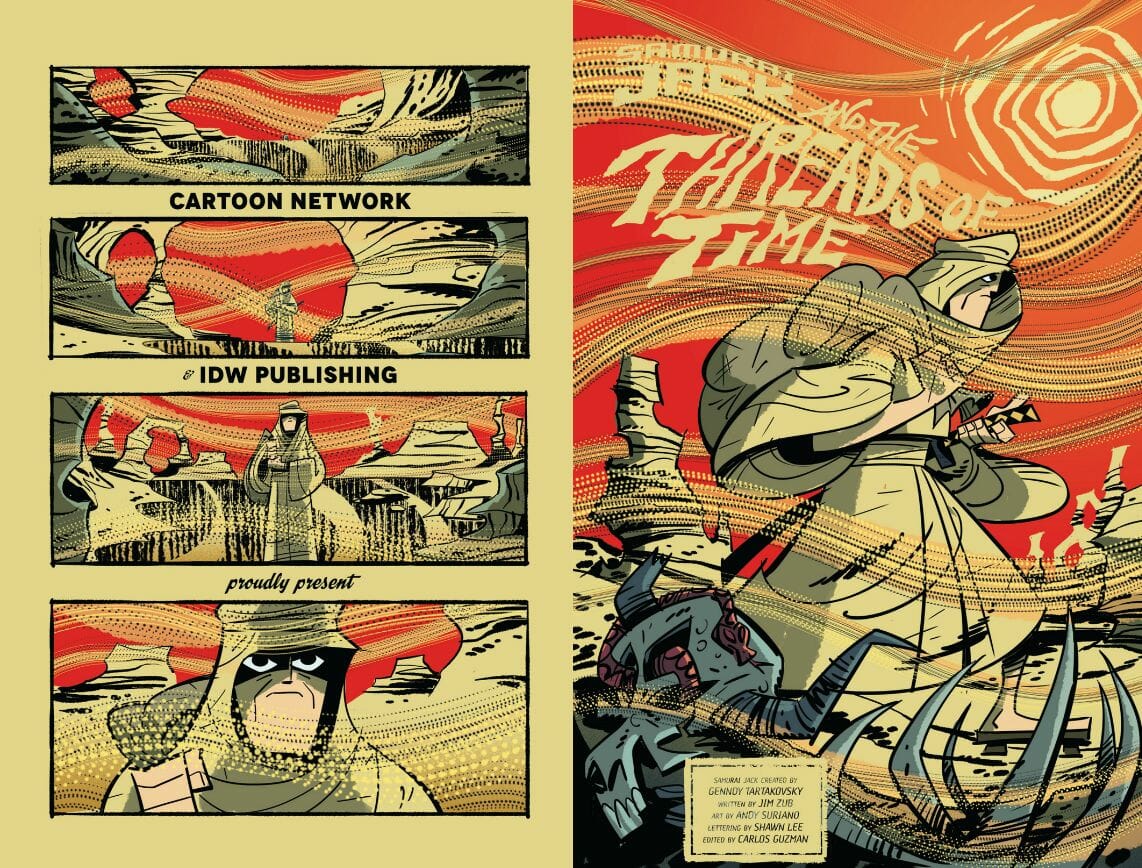 You can buy Samurai Jack from Comixology or from retailers like Things From Another World if you prefer paper. 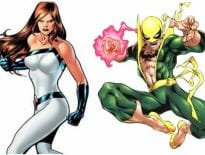 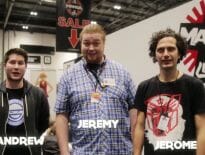