Marvel has announced a multiple, original, live-action adventure superhero shows will come to TV – via Netflix.

The first series will be Daredevil. Jessica Jones, Iron Fist and then Luke Cage. We’re told the original programs will take Netflix members into the gritty world of heroes and villains of Hell’s Kitchen, New York and that Netflix will air at least 13 episodes of each of the four shows followed by a “The Defenders” mini-series.

“This deal is unparalleled in its scope and size, and reinforces our commitment to deliver Marvel’s brand, content and characters across all platforms of storytelling. Netflix offers an incredible platform for the kind of rich storytelling that is Marvel’s speciality,”

“This serialized epic expands the narrative possibilities of on-demand television and gives fans the flexibility to immerse themselves how and when they want in what’s sure to be a thrilling and engaging adventure.”

Daredevil, which has already been a film staring Ben Affleck, is a blind crime fighter acrobat with his other senses heightened to superhero proportions. Jessica Jones (the current Power Woman) often fights as part of the New Avengers, with Luke Cage, and has the power of flight, super strength and resistance. Iron Fist is a mystically powered martial artist and Luke Cage (sometimes called Power Man) is a superhero street fighter with a highly accelerated healing factor, almost impervious skin along with superpower level of strength and stamina.

Via Disney and Netflix press release. 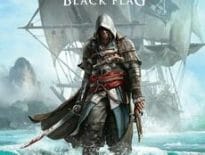 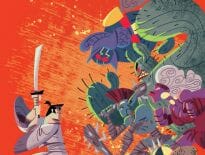