You are here: Home / Games / Tabletop & RPGs / Which new RPG does Cubicle 7’s reshuffle point to?

Cubicle 7 has announced the appointment of four new members of staff, including Andrew Kenrick who will be coming on board as the publisher’s new Managing Editor.

I asked whether Kenrick’s appointment meant any changes to the role of Dominic McDowall as CEO. They do. With Andrew Kenrick, who has six years experience at Games Workshop and has been Editor at White Dwarf, on board Dominic McDowall should have the ability to free up time by being less directly hands on with game development and use that time on both business growth and product development at a higher level.

When a RPG publisher talks about “business growth and product development” they often mean new titles and with that in mind it’s worth looking closely at C7’s other appointments.

John Dodd will now head up Cubicle 7’s demo program. The company does have plenty of new games to demo and it is easy to imagine that with titles like Doctor Who they would be keen to get into a wide range of expos. New blood needs to be fought for and won in this industry.

Scott Purdy is joining as staff artist. He’s already worked on The Doctor Who Card Game and the appointment of an in-house artist means C7 is predicting they’ll be publishing a lot. It’s a business decision in which a certain level of volume means it makes sense to pay an in-house artist a flat salary rather than pay freelancers for individual projects.

Nick Robinson, who has spent time at Mongoose Publishing, is coming on board as a line developer for a “new RPG based on a prestigious 2000AD property”.

Even if you factor in Cubicle 7 having less of Gareth Ryder-Hanrahan’s time (who is Line Developer The Laundry Files and previously for the Doctor Who RPG and ) as he’s accepted a staff position at British publisher Pelgrane Press all the signs point to a C7 ramp up.

Let’s speculate on what the 2000AD title might be. Rebellion, the company who owns 2000AD, have just announced a sequel to Dan Abnett’s Kingdom called Fiedfom and while that dog-soldier setting is screaming out for an RPG I don’t think it’s a big enough title to warrant C7 making such a big reshuffle.

Interestingly, Cubicle 7 appears in the footer links of 2000 AD Online. When did that appear? It’s not new. Archive.org suggests it’s been there since at least 14th July 2011. Nevertheless, the only the companies in the footer link there are owned by Rebellion. This suggests a close relationship between Cubicle 7 and Judge Dredd’s owner.

So let’s talk Judge Dredd. There is a Judge Dredd RPG and that’s from Mongoose Publishing (where Nick Robinson has worked). Although the Judge Dredd RPG page is still live on Mongoose’s site right now the title has been removed from the RPGs list in their navigation bar (which now only lists Traveller, Legend and Paranoia). Slaine, the other 2000AD RPG that Mongoose had, doesn’t appear.

We don’t know the answer. C7 isn’t telling. Any speculation on a 2000AD title will almost inevitably lead to Judge Dredd and there are some signals to suggest Mongoose is easing off on the RPG front. Would Rebellion split the RPG license from the miniature license?

Which new RPG does Cubicle 7’s reshuffle point to? 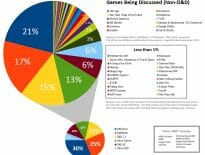 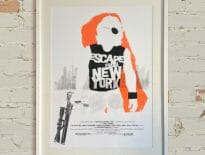