What do you do with it? Do you give up your mortal life and give into the power? Or do you try and lead a double life, carrying on this world but using your power as and when you think necessary?

There’s another important question to consider with this RPG; how much do you want to pay for it? You see, Part-Time Gods is part of the “Pay What You Want” program at DriveThru RPG. If you want to pay $1 for a 212 RPG with 40 antagonists, flexible divine magic and an in-depth view of the world from the point of view of a god then you can. Or maybe you think that’s worth $15.

This is a successful Kickstarter and the stretch goals are unlocking.

At the time of writing the Divine Instruments project had crossed the $5,000 line with well over 100 backers and 24 days on the clock. The first stretch goal unlocked at $5,000. This puts the “Minions of the Source” sourcebook on the table. 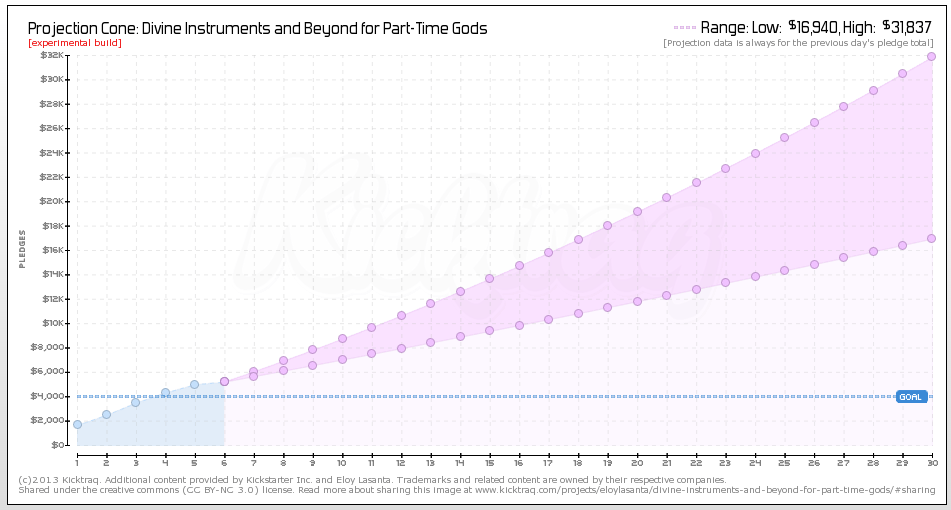 The Kicktraq for the project gives a low range of $16,940 for the project (let’s call that $17k) and a high range of an impressive $31,837. Kickstarters are almost impossible to predict but Kicktraq has lots of data and example projects to base these projections on.

There are plenty of stretch goals; some are PDF Expansions and others are Sourcebooks that get added to the Add-Ons once unlocked. If I understand correctly this means from the lowest pledge level you collect the PDF Expansions automatically and are given the option to add the others, at cost, to your pledge. If that’s right then let’s take a look at what that means for the “Beyond” half of Divine Instruments and Beyond.

The $8,000 stretch goal “Harder They Fall” is a PDF expansion on Giants as antagonists and a new adventure. The next stretch goal that counts as a PDF expansion is $12,000 for the “Return of the Dragons” expansion. Then at $16,000 there’s the “The Angels Among Us” expansion which does for Angels what the previous two did for Dragons and Giants. Kicktraq suggests you’ll get all these with Divine Instruments for your $10 pledge.

If Kicktraq is right and if Third Eye Games don’t add any more PDF Expansions to their stretch goal then the only other freebie to unlock is the $19,000 “The World According to Pucks”. This expansion details new types of pucks and adventures that focus on these chaotic creatures.

FATE system fans will also want to know about the alternative corerule book for Part-Time Gods, that uses FATE, and unlocks at $20,000. 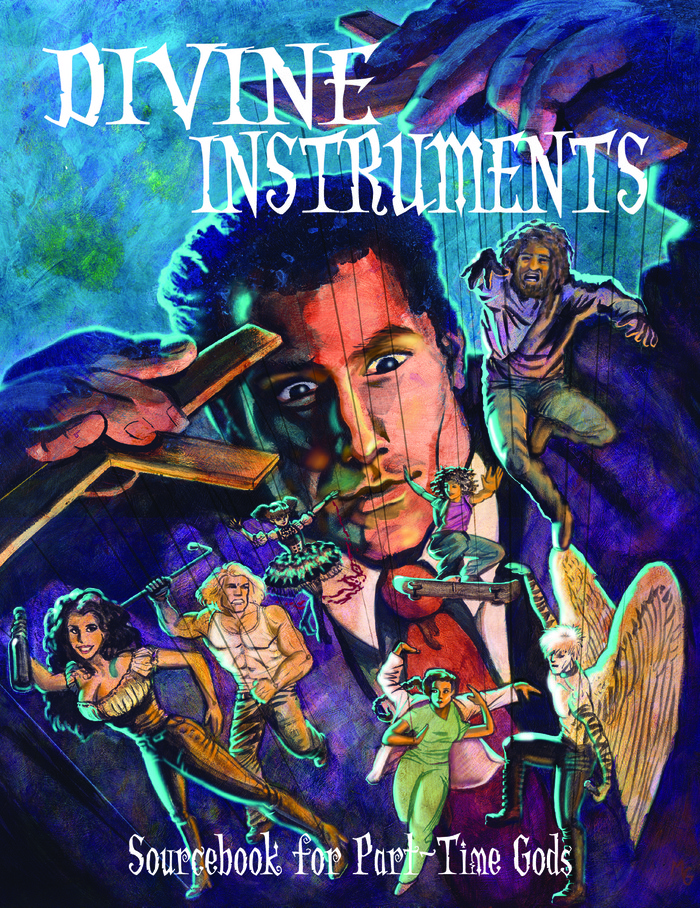