Boxleitner also commands geek cred for his role as Alan Brandley in the classic Tron as well as the Tron: Legacy sequel. It’s expected that Boxleitner will be over in Scotland to talk about RISE, the first illustrated novel in the Lantern City saga, a steampunk-themed TV series.

Furlan will be recognised by fans of Lost too. In the series she played popular Danielle Rousseau, a scientist who had been shipwrecked on the island for over a decade before the crash of Flight 815.

The event is on at the Glasgow SECC on the 7th of September. Geek Native will be attending. 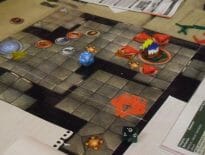 Cool Tech Will you back Project 2d8?