An 4-paged exclusive Signs & Portents #3 preview can be downloaded at the end of this page. The following text and illustrations are only a small example.

While Babylon 5 has no true central character about whom everything revolves, it is the opinion of this author that, if such a character exists, it is not Sheridan or Delenn, but Londo Mollari. Whether he is seen as a fool manipulated by others, a villain, or a tragic hero (or all three), he is at the centre of many of the major elements of the Babylon 5 saga. As such, it is unthinkable that player characters would not encounter him in some fashion, either as an ally or an obstacle.

From a Games Master’s perspective, including Londo is desirable because, let’s face it – he is fun. A Games Master who enjoys theatrics can do little better than Londo. He is a grand, extreme character, given to great bouts of emotion. He does nothing by halves and it is easy to allow his boisterous outer nature to express itself, even if he is only ‘on stage’ in a game session for a few minutes, buying drinks at a bar or seeking funding at the casino.

Note that I said ‘outer nature’. The real Londo, glimpsed only occasionally in the series, when he lets his guard down, is a sad, haunted man, laughing maniacally so no one can hear his sobs. Over the course of the series, he ultimately gets everything he ever wants but, as the song goes, never what he needs. Those he truly cares for die or turn from him. To make Londo work in a game, that dark inner core must always be kept in mind. Londo acts the part of the clown, but it is, indeed, only an act, and the harshest part is, he knows it.

Londo as an Ally

Unless the player characters are all staunch, upright, loyal and incorruptible EarthForce-types, or a band of radical Narn freedom fighters, the odds are good that Londo will have a number of missions he might wish a typical player character to accomplish. He always wants something – slightly illegal wine, a little bit of information, a message delivered discreetly, some money – and he is often willing, even eager, to use others to get it, especially if he can be sure he will dodge the rap if they are caught. 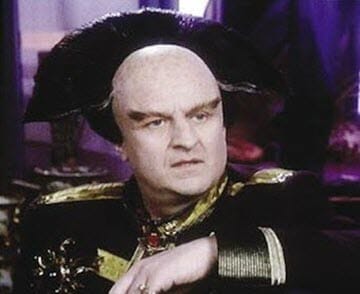 If the player characters prove reliable, they may find that Londo trusts them with greater responsibility. This can lead them directly into the heart of the Babylon 5 story arc and place them in very dangerous straits. He may ask them to convey some bad news to Emperor Cartagia, or to serve as his guards on a mission to the battered Narn homeworld, or to arrange things with Mr. Morden. If the players can avoid using their metagame knowledge, it is possible for Londo to place them in positions where their actions directly further some of the most tragic acts of the story arc, such as the bombardment of Narn or the near-destruction of the Alliance during its formative years.

Of course, the friend of my enemy is my enemy. Growing too chummy with Londo carries risks – Narn characters in a group may not tolerate their associates acting closely with the Centauri ambassador, especially as relations move from simmering hatred to outright war. As events proceed and Londo increasingly becomes an outsider opposed to the actions of the command staff, those characters will view his known allies and employees with deep suspicion. Furthermore, Centauri politics are brutal and bloody; if any player characters are seen as vital cogs in Londo’s machine, a drop of poison or a well-placed knife can be used to take them out.

In addition, while the breadth of Londo’s support is great, the depth is nanometer thin. With the possible exception of Vir, Londo has never show any tendency to take great risks for anybody. If the player characters find themselves in a bad situation due to their support of him, he will spend his efforts to disguise his ties rather than to help them, if there is any personal risk (physical, financial, or social) to him. Only if they are certain to take him with them if they fall will he use his influence and abilities on their behalf, and he will almost certainly consider them heavily in his debt.

Lastly, Londo is not above using those loyal to him in underhanded ways. He arranged for Vir – one of the few beings he seems to harbour genuine, deep affection for – to be kidnapped, beaten and mind-probed, just to set up a rival for a nasty fall. Imagine how he might choose to exploit those he sees as mere hirelings or mercenaries

Londo as an Opponent

There are many ways the player characters and Londo can end up on opposite sides. Anyone working against the Shadows will ultimately find himself working against Londo. A problem here, of course, is that the forces organised by Delenn and Sheridan sought to work secretly for as long as possible, so the player characters must oppose Londo without obvious, direct confrontation, foiling him without making it seem as if there is any higher power behind their actions. While Londo is not as paranoid as, say, Garibaldi, he is no fool (despite occasionally acting like one), and will quickly grow suspicious if the same people seem to constantly be in his way.

Of course, Londo has other enemies. Centauri politics are a miasma of shifting alliances and treachery, and Centauri player characters may have family loyalties that place them against the House of Mollari, even if they otherwise support the reborn Centauri Empire. If a player character is clever, he can easily end up playing both sides, working for Londo overtly while sabotaging him – or simply selling information – covertly. This is, of course, risky, because even if Londo can sometimes be blinded by his ego, underestimating an underling (see: Vir), he has powerful friends who are much more observant and who can arrange for a traitor in their midst to take a stroll from an unattended airlock, with Londo never suspecting foul play.

Narn player characters, unless extremely unusual, will have little love for the Centauri ambassador. They may take it on themselves to appoint themselves his nemesis, though, again, this has to be done with caution. Early in the story arc, open attacks on Centauri do not serve the objectives of the Narn Regime, which does not wish open war; later in the story, the brutal occupation of the Narn homeworld means that any Narn risks the death of his family and more if he harms a Centauri. Furthermore, the death or injury of anyone powerful does not go unnoticed; at the very least, EarthForce Security, combined with any number of special Centauri units (including telepaths not bound by Psi Corps diktats) would comb the station for the perpetrator.

Londo has a number of weaknesses player characters can exploit – he is vain, pompous, prone to drinking and gambling, inclined to act on a moment’s emotion without deep introspection, and unwilling to accept responsibility for his actions. He continually confuses what he thinks he should want with what he does want, leading him to take actions which he knows are wrong, in the hope that they will ultimately make him happy. Sadly, they never do, and his near-total lack of self-examination causes him to continually miss the source of his problems – namely, himself. Over the course of the series, he alienates those who actually care for him, leaving him with ‘allies’ who only wish to use and discard him – although, to be fair, he has no higher aspirations than that towards them.

Londo’s premature death is to be avoided. This may require some careful planning; Londo is not a combatant, but he is overconfident, and often allows his vices to place him in risky situations. (Consider his rather unusual method for cheating at poker, and what might have occurred had Lennier not been there.) Should a combat situation arise around Londo, here are a few tricks to keep him alive: 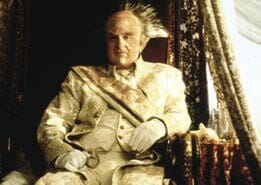 Of course, if a less railroaded game is desired, but there is still an interest in preserving the arc, he has to be replaced. Lord Refa is an obvious candidate, at least prior to his encounter with the Narn Bat Squad. He has all of Londo’s vices and few, if any, of his virtues, making him much more a classic villain and less of a tragic anti-hero. This works well if the player characters are already working against Londo, though exceptionally cynical player characters might find a boss with even less conscience than Londo to be acceptable.

There is also Vir. Although he will be discussed in a future column, moving Vir into Londo’s position in the arc can be done. While Morden controlled Londo in part by appealing to his vices, Vir can be seduced by appealing to his virtues. Think of all the harm he could prevent if he just did this one little thing…think of how much better off everyone would be if he simply played along, just a little…

While many of the bad things Londo does are easy to fill in for (Morden would have found some other Centauri patsy easily enough, for example), the good things he does, even unintentionally, have a major impact on the arc and replacing him in a believable fashion will be difficult. It is he who saves G’Kar and orchestrates the removal of Cartagia. Without him, G’Kar would die under torture, the Narn homeworld would remain under Centauri occupation and a madman would be on the throne of the Centauri Republic for years. It is possible all these things can be accomplished without Londo, but only with difficulty. Player character allies of G’Kar might be able to rescue him; Vir might be led to kill Cartagia even without Londo there and other forces could cause the Centauri to abandon Narn, for example.

As with all the main series characters, ensuring their part in the evolving story arc is of paramount importance, if only to save an immense amount of work second-guessing J. Michael Straczynski on the subject of alternatives. Everything I said about Ivanova last issue holds true for Londo. His character has enormous roleplaying potential and should not be used carelessly. Value him and he will enhance your games by his sheer presence, be you Games Master or player.