Wizards of the Coast have a big new event to engage gamers. The popular Forgotten Realms setting is getting a bit of a relaunch and it is happening via The Sundering.

The Sundering is a story that crosses many platforms; books, mobile games and in-store games. The microsites DungeonsAndDragons.com/Sundering is in place to provide information and the Sundering Adventurer’s Chronicle tool as a place for players to record their plays.

On the mobile front the Arena of War is a free-to-play for iPad, iPhone and Android device (okay, they said iPod Touch too. Really). Arena of War is a 3D battle game, set in Forgotten Realms, that brings on the multiplayer action in good versus evil battles.

There will be six new novels: R.A. Salvatore (The Companions), Paul Kemp (The Godborn), Erin Evans (The Adversary), Troy Denning (The Sentinel), Richard Lee Byers (The Reaver) and Ed Greenwood (The Herald).

“We are elated to begin this extremely exciting chapter in the history of D&D,”

“Utilizing great digital entertainment, dramatic story-telling techniques and thrilling and immersive events, The Sundering ushers in a new era for the future of the franchise. We invite and encourage the legions of D&D adventurers to join us on this heroic adventure to change the canon of the Realms.”

What do you think? Are you a Forgotten Realms fan? 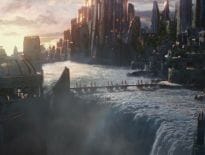 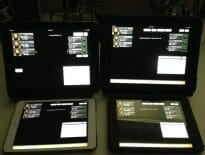 Cool Tech The next evolution of tabletop RPG? Tablets &…
wpDiscuzComment Author Info
Manage Cookie Consent
This site uses cookies 🍪, and links are ads that may earn bloggers some money 💰, and with this alert, I very much hope that these dark truths 🧌 are acknowledged.
Manage options Manage services Manage vendors Read more about these purposes
Preferences
{title} {title} {title}