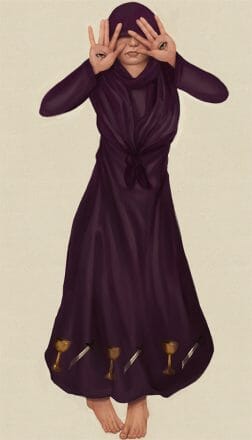 Seeking to put women at the forefront of the game, Crone RPG has launched in open beta. Characters in the game are powerful elder witches during the Dark Ages and shortly after the fall of a mighty empire. The RPG takes a card-based approach to combat and encounter building.

Tempted? You can join the beta here and download the rules.

Crone has been in development for about six months with the time invested in mechanics and in theme. The team are looking for feedback from gamers, new and old, even if they’re not currently in a group. This phase is all about collecting insight from potential players.

Geek Native spoke to the Crone RPG team about the game.

“Crone is a card-and-dice-based roleplaying game designed to be as streamlined and fast-paced as possible. The combat system is heavily rooted in classic competitive TCGs and emulates their variety and depth. Character creation requires only a handful of cards and no sifting through pages of charts and tables. Our aim is for Crone to be a game that stalwart RPG fans and tabletop newbies alike can enjoy.”

Indicating an interest in the team’s effort to produce a “female friendly” RPG (my phrase, not theirs) I discovered that sensible decisions had been made about getting the theme and flavour right. Michelle Bernhardt, the game’s Art Director, explained;

“We made a point of hiring female artists because we’re a part of an industry that’s very focused on woman’s looks and ‘sexiness’ in artistic design. We wanted to create a look with interesting character designs where the focus is on what these women are doing, not what they’re wearing.”

Gamers are ultimately spoilt for choice and in this busy hobby landscape I put three core questions to the Crone RPG team; why is the game different, why should we play it and who would want to? Product manager Erik Bernhardt coordinated the response. 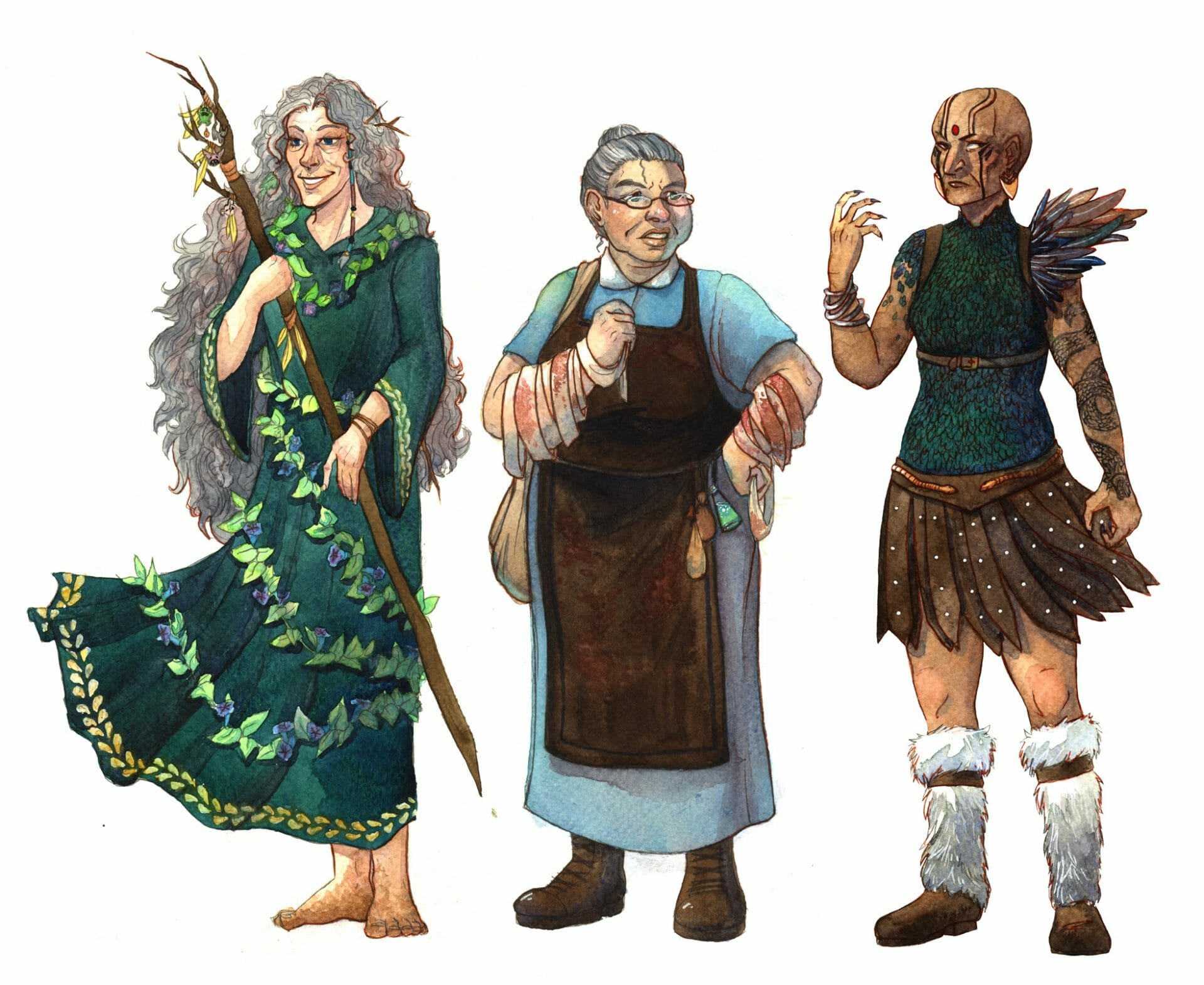 Why is Crone different?

As our designer and art director both illustrate, Crone seeks to address two central issues in modern role-playing games. The first is what I like to call the “effort to fun” ratio. As a GM, I’m sure you’re well aware that a lot of RPGs require you to put in a lot of time and energy learning the rules, creating adventures, building characters, and planning out sessions. Combat, as well, tends to be a drag as each person is forced to sit and ‘wait’ for their turn. By drawing ideas from TCG’s and more traditional boardgames, we have done our best to streamline the modern RPG, without sacrificing any of the tactics or depth that players enjoy, essentially shifting the “effort to fun” ratio further towards the side of “fun.”

The second is the role of women in gaming. Like it or not, women in gaming, and how those women are treated, is attached with a very detrimental and problematic stigma. Some people think that this is the product of a few bad apples poisoning the bunch, but the upshot is that many women are wary of becoming too involved in gaming culture for fear of the sexism and harassment that other female gamers have had to stare down. In Crone, we wanted to create a game that was so hostile to misogyny and sexism, that literally any woman can walk into a game store, sit down at a game of Crone, and know that there aren’t going to be any bad apples at the table with her. We aren’t trying to be preachy or talk down to gamers, we just recognize that the kind of person that is on-board with roleplaying as an immensely powerful, elderly witch is the kind of person that’s going to make role-playing better for everyone at the table.

Why might gamers be tempted to give it a go?

Want to try a game that’s always active and where the fun never stops? Want to run a game that minimizes prep-work while maximizing depth? Want to set hapless peasants aflame while cackling with glee? Then it’s time to give Crone a try.

With our new approach to combat and world-building, we are hoping to attract both old gaming die-hards that want to give something new a try as well as people brand-new to RPGs and gaming. People who might be especially interested are folks that have thought about roleplaying, wanted to give it a try, or tried it once and were scared off by bad rumors or a bad experience. Crone is different. You WILL have a good time.

PC GMOD offers a client to manage your mods

Tabletop & RPGs How to get the exclusive Gaming in the ‘Vers…
💰 Copper Coins 💰 Geek Native is an affiliate and may earn commission on purchases you make from third-party sites.
🍪 Privacy & Cookies 🍪 The site uses cookies to survive. By accessing the site, you agree to use your browser to control cookie use or take 1d4-3 privacy damage (tracking). If you defeat cookies via ad blocking, please consider the Patreon. An intro to cookies, and how to control them, can be found here. I Manage Cookies