Brooke Junker is the co-founder of Broken Dice and has a live Kickstarter project for The Nuadan Chronicles an electro fantasy RPG. Brooke kindly accepted my invention to contribute an article about female characters in tabletop games.

There has been a great deal of discussion online and off about making and playing well-rounded characters that happen to also be women, especially when it comes to male roleplayers and game masters.

It seems a bit strange considering that most people would not even think twice about playing a non-human character (even though they have never actually met or seen a lizard person or sapient robot in real life).

That said, it has been incredibly heartening to see women’s participation in the tabletop RPG industry grow and the representation and thoughtful conversations about gender that have resulted from it.

Think of your characters as individuals before you think about their gender. They have a past, a future, and expectations. They’re well-rounded and experience a range of human emotion. Like everyone else, they are good at some things and terrible at others.

Think of the qualities you respect and admire in the women in your life. Women come in a wide variety — there is really no wrong answer as long as the character is portrayed respectfully.

Every character should reflect a full being just as you yourself are, with all the flaws and hopes and quirks and past experiences that inform and encompass your self.

When making a female character, ask yourself this:

Think about the things you immediately notice about a person when you meet them for the first time — what they are wearing, their smile, their eyes, etc. Humans communicate a great deal with their bodies without saying much at all.

Women come in a variety of body types. Instead of creating a female character based on personal fantasy, think about her background or profession. How would that affect her physical appearance?

Simple descriptors are enough. Is the shade of her eye color really that important (most people barely notice another person’s eye color)? Unless she’s sporting glowing red eyes, her introduction should focus more on her the way she carries herself, her tone of voice, and noticeable equipment.

When creating physical features, move beyond the obvious. Personality can play a big role in how a character presents themselves.

Physical features should be used to reflect the internal personality. They can also be used to cover up or distract from hidden insecurities or secrets.

These two things tend to be conflated with one another. In a lot of media, the more physically attractive a female character is (which is itself entirely subjective), the more pre-occupied or open she is to sexual experiences.

This is completely false. Physical appearance should not determine a character’s sexual desires or lack thereof.

Playing an asexual, aromantic character is fine. There are plenty of people like that in the world. But erasing female sexuality at all times can easily veer into the opposite extreme.

Women (like men) often exist in the vague middle ground between hypersexual and disinterested. It may never be explored in the RPG adventure you are playing in. But if it comes up, let your character’s past behavior and personality inform their response to flirtations and romantic overtures.

I once ran a session of mostly women who played female characters and flirted with some male NPCs at a bar to gain information. It produced a memorable and fun experience at the table as they tried out their charisma skills.

A woman’s body and desire isn’t something to be ashamed of or embarrassed about — it can be acknowledged without objectification.

RPGs are actually great vehicles for female empowerment because they often exist in alternate realities not beholden to modern expectations and limitations placed upon women.

Cliches and biases can still spring up from our subconsciouses from time to time. When I was creating the religion for Merath, one of the six main nations in The Nuadan Chronicles, I immediately made the human-turned-deity a male (God King). It was pretty much instinctive.

Ironically, it wasn’t until one of my guy friends ask why the human/deity couldn’t be a woman instead (God Queen) that I realized the lazy trap I had fallen into. I had heard and internalized the phrase “God King” so much from history and media that I ended up regurgitating the trope.

When creating a female character, make sure to take a moment to reflect on why you made them the way they are. Try to avoid overdone stereotypes:

There are many other stereotypes and tropes to go over. If a female character or NPC falls into one of these cliches, find a way to subvert the character. The kidnapped woman? She paid the dragon to take her away from an abusive relationship. The femme fatale? She’s bound by a curse that’s slowly consuming her soul.

Gender should not define your character. Her actions, her inner thoughts, and her relationships with others are what matters most.

Female characters can also engage in “women things” without it undermining their characters. Glitter and frilly dresses are just as valid as zero makeup and baggy pants (bonus points if they engage in both of these). Kaylee from Firefly is a perfect example of this.

A female character who looks down on other women for engaging in “frivolous” or “girly” past times? This is a boring, lackluster character. Explore why she has those feelings. Does she repress “feminine” desires because of how she was raised? Does she secretly indulge in something that, if discovered, would out her as a hypocrite?

Gender should never be used to confine or restrict your female characters or make them feel less than. It is a small part of who they are.

Embrace them as the multi-faceted people that they are.

One of the things I have noticed after GMing the past couple of years is the lack of named female NPCs in some adventure modules. The ratio is sometimes five or more to one.

If you are running an adventure and nearly every character is male, consider changing some of them to females. This will not only add an interesting slant to their character but can also help your players differentiate between NPCs.

When creating NPCs for a campaign examine who they are and their roles in the story. Are the characters in positions of authority or plot importance always male? Are females always placed in subordinate or secondary positions with zero agency in the plot?

If you have a female villain, what is her motivation? If it revolves around a male, her beauty, jealousy, or motherhood, these have already been done to death in fairy tales and pop culture. Don’t limit your female villains to caricatures.

Think of your favorite villains and antiheroes and their twisted goals, sympathetic or not. How can she push the boundaries of right and wrong? Where does she cross the line? Does she want to burn the world down because it wronged her or does she want to destroy it just because?

If you still feel confused or hesitant, you are probably overthinking it. If you are really unsure, you can always try the random generation approach during character creation and let your dice decide who your female character is and what her skills are.

If you make a female character and find yourself playing a shallow stereotype, the good thing is that you can evolve your character over time. RPGs give players a lot of breathing room when it comes to figuring out your character, both at and away from the table.

In summary, have more female characters, don’t make them sexual objects or plot devices, give them likes and dislikes, know the tropes and stereotypes and how to avoid or subvert them, and don’t erase their woman-ness.

TL;DR – Women aren’t aliens or others or lesser versions of men. They are people. Treat them as such. 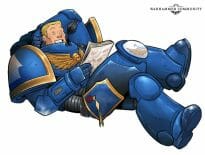 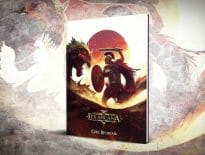