You are here: Home / Geek Stuff / Cool Tech / Free codes and a review of lekiosk 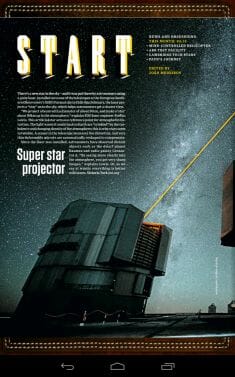 Wired: As presented by lekiosk

I wondered whether there are similar apps that worked with magazines rather than comic books. There certainly are. Lekiosk caught my eye after they signed on ASUS. For a start, not only is lekiosk available via the Apple AppStore but also Google Play.

I started off by downloading lekiosk to my brand new HTC One. It’s my new phone, with a wonderful screen and therefore first choice for trying any new apps.

It’s easy to see how the name of the app ties in with the visual feel. You start at a street side magazine kiosk. It’s actually quite a fun way to browse magazine and it reminds me of years gone by. You can’t walk around the kiosk but with the touch screen you can spin around it.

I see a future problem, though. Lekiosk needs to grow to become a one stop shop for magazines and I’m not sure how the visual kiosk tour would work if the app had three or four times as many magazines. There is a standard “library mode” view but it’s not as fun.

Lekiosk prefers the subscription model. I guess that reflects magazines in general. However, I was able to pick up a single magazine and went with a copy of Wired.

Looking at the main lekiosk site today I now spy a copy of the Fortean Times. Wired’s great but the Fortean Times is fun. I would have gone for the latter. So either I missed that magazine while I was touring the virtual kiosk or, perhaps more likely, The Fortean Times is a new addition. New magazines appearing on the app is a good sign.

This is where my experience with lekiosk had to change. As fantastic as the HTC One screen is – it is just a smartphone. This isn’t a phablet like a Samsung Galaxy Note 2. I couldn’t read the magazine. Sure, I could zoom in a little but only a little. If I put the phone on landscape and then zoomed to max then I could squint my way through the text but it was not a fun experience. I gave up. 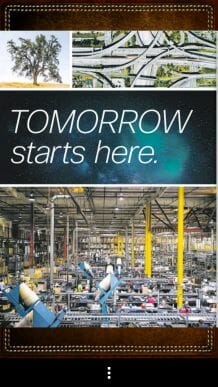 Wired: As presented by lekiosk

In fairness, I don’t read comic books on my smartphone either.

I started again with my Nexus 7. The Nexus 7 is a small tablet but was quite large enough to enjoy lekiosk’s treatment of their digital magazines. Larger devices like the iPad or Sony’s Xperia Tablet Z would further enhance reading experience.

I mentioned the zoom feature so let’s take a closer look at that. The standard tap to zoom applies and works well in lekiosk but it misses the guided reading view that comic book apps deploy so effectively. In other words once you’ve zoomed in you can’t then navigate around the page by making the next page gesture. That’s a shame. You can thumb navigate around the page while you’re zoomed but’s not the same.

The good news is that the page turn feature is nice and responsive. There’s nothing more harmful for the reading experience than a laggy magazine. Lekiosk even manages to animate a lovely page curl effect that improves the browsing feel without causing delays or looking tacky.

If I was a heavy magazine reader I imagine I’d already be using lekiosk. Despite my struggles with screen size (I’ve nothing larger than the Nexus 7) I found the app to be straight forward and fun. Lekiosk do seem to be bringing on significant publishers and that’s a plus. It’s helpful that significant publishers produce specialist magazines but I suspect it’ll be a while before we see any anime, tabletop or other niche publishers present. I wonder how long it is until we start seeing the free magazines produced by supermarkets, travel companies and TV providers appear in the carousel.

The thing is; I’m not a heavy magazine reader. It’s a bit of a chicken and the egg scenario for me. As the magazines aren’t easily accessible (they’re still dead tree) I’m not deeply engaged with any of them. As a result I suspect Lekiosk will stay on my Nexus 7 but linger a few pages beyond my home screen. I foresee that I’ll use the app to stock up on magazines before a holiday flight or something like that that. In other words, I suspect I’ll use lekiosk to buy magazines digitally at those times I would buy magazines on paper previously. This isn’t quite the transformation the comic book apps have had on my buying habits.

You can try lekiosk for yourself – entirely free. Visit lekiosk’s code promo page and use the following code:

This will give you free credit; enough for a free magazine. The catch? You have to redeem the code before 30th of April. That’s just a few days away. Use it now and tell your friends.

Disclaimer: Lekiosk is free to download. A free sample code was used to assist with this review.

Free codes and a review of lekiosk 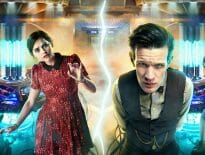 TV Journey to the Centre of the TARDIS video clips an… 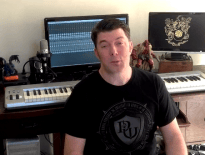