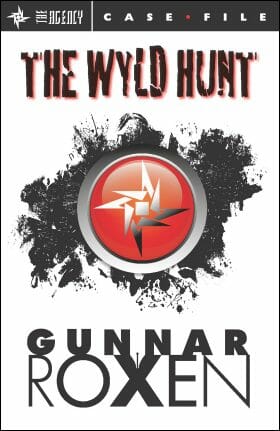 I really enjoyed The Wyld Hunt. It’s a bit of a challenge to find a genre that satisfies; cyberpunk meets noir? That’s close but there’s almost Dune like sci-fi in the background and elements of horror, even Lovecraft inspired horror, just lurking in the background.

Agent John Aries works in a far future London in an organisation that’s above the police. He’s called into to investigate the apparent suicide of a high ranking business official. This is a super-rich man with such expensive and exclusive implanted technology and medical monitoring systems that death would have been a challenge and reported instantly. So why was his body found, with no alerts sounded, at all? This is a man who is an Echo – someone with the ability to reach into the Wyld, use its energy to fuel a supernatural-like power.

The case quickly spirals out of control and Aries and his partner Lovelace soon find themselves caught in politics, corruption and worse.

As a sidenote – I have to wonder who my favourite character is. It may not be the headline hero John Aries, who is also an Echo. His partner Lovelace is also an “evolved subspecies”, an evolutionally branch that long ago was counted as its own separate race and even gone on to have its own offshoots. Lovelace is a Pure – powerfully built, with dangerously sharp teeth and a can-do-must-do attitude – and a lot of fun to follow.

Pures, most of them, worship the Tattooed Man the Disciple of Justice. As a Truthsayer of the Warrior Caste Lovelace is even more determined to keep his Rage in check and work toward Justice.

One of the aspects of the Wyld Hunt that stops it from being a “mere cyberpunk” story is the presence of the deities. There was, at one point, an Overlord who built the Steel Alliance that forged the human empire. He, it, was a being of power. His disciples, people like the Tattooed Man, each represent an aspect of the Overlord and were also real people.

The Overlord is the head of the pantheon – but went missing. It’s the star of the Overlord that John Aries has tattooed over his eye and it marks him as an Echo. All Echoes, those who survive training, carrying the mark of the Overlord.

Echoes are powerful but each time they use their power they invite more of the Wyld Cancer. This kills them.

This review could quickly become a treatise on the mythology of the Wyld Hunt. Echoes, Overlords, Pures, noble houses, the Steel Alliance, the Shadow in London, the Agency, impressive technology, pit fighting syndicates, the WeaveNet and countless other pieces of interest. I recognise the fact that I’m engaged with it, dug deep into it and now want to share it with readers is an indicator of just how well The Wyld Hunt works.

A key success of the Wyld Hunt is that rich background never becomes overbearing. I’m used to reading some sci-fi books, especially the first in the series, when you just have to push through some of the references to the background material and keep going. The Wyld Hunt manages to walk a better balance.

I suggested the book has elements of noir in it too. It does. This, after all, is a detective story that features shady characters, a damsel in distress with power and dodgy connections, of working information out of informants and the dangerous streets of London. Sure, there might be a backdrop of many planets, spaceships and all sorts of high technologies but for the most part that’s all in the background. This is a streets of London adventure.

There will be a sequel. The Agency Case Files follows on from the Wyld Hunt with The Firestorm Conspiracy. I wonder whether, like me, Gunnar Roxen is also rather pleased with the character Lovelace as he’s been working on a novella called “Dead Angels” that follows the Pure a few years before he joined the Agency.

There’s more than just books, I think, in the works. Geek Native was able to write about Gobion Rowlands and Chronicle City founder Angus Abranson launching the fiction imprint Delta14 at Dragonmeet. I asked whether there was a Wyld Hunt RPG coming. There is;

There is indeed! The Broken Shield RPG is under production and will be published by Chronicle City. Based on the Agency Case Files it focusses on the characters playing members of the federal law enforcement and spy bureau known as the Agency and is built on a well-tested inhouse rpg system.. I’m the lead writer on the RPG and we’ve planned and written a series of focussed PDF supplements that will further flesh out the universe for fans of the novels and games alike.

My Kindle app copy of the book (read on my Nexus 7) was provided for review.

Thanks for taking the time to read and review my first novel – I am so pleased you enjoyed it – I certainly enjoyed writing it! :) 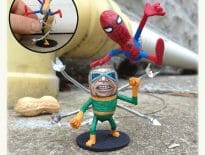 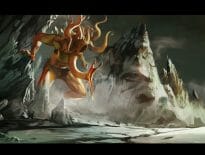