You are here: Home / Books / Lifting the veil on Delta14 with Angus Abranson and Gobion Rowlands 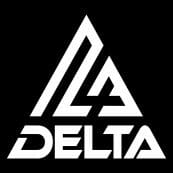 Angus Abranson is the founder of Chronicle City, a company that helps RPG authors and publishers bring their books to market. Gobion Rowlands is a 15 year veteran of the videogames industry and an author who, writing as Gunnar Roxen, wrote the futuristic detective thriller The Wyld Hunt and the, soon-to-be released, Firestorm Conspiracy.

Tomorrow, at Dragonmeet, Gobion and Angus will talk about their new publisher: Delta14. They’ve kindly agreed to answer some of Geek Native’s questions.

Amazon lists “Delta14” as the Publisher of the kindle version of The Wyld Hunt. Is Delta14 a new fiction publisher? Is it an imprint for Chronicle City?

Gobion: Delta14 is a new small press publisher specialising in exciting new science fiction, fantasy, cross-over and high quality game tie-ins created by authors for authors. Rather than being simply an imprint Delta14 is the sister publishing company to Chronicle City with a strong focus on quality fiction. Where we aim to be different from other publishers is that rather than signing authors in the traditional sense, what we are creating are more like partnerships where writers retain ownership of their work and we split the profits. As an author myself clarity is very important to what we do – I want authors to know exactly where they stand with Delta14 because if they flourish we flourish!

Angus: I’m a big supporter of creator owned projects and through the partnership program that I set-up with Chronicle City, and previously with Cubicle 7 Entertainment, the focus has been to enable the designers to be able to reach a wider audience with our assistance. It helps remove a lot of the business side of affairs for people, allowing them to concentrate on actually writing and designing, whilst we handle the printing, marketing and distribution of their products. Previously if they wanted to join forces with a publisher that publisher would either want to own the rights to their creations or pay them a small royalty fee, with the Chronicle City scheme the designers maintain complete ownership of their work and get a much higher royalty rate through profit sharing. With Delta14 we’re looking as using the same model for novels that I’ve been using for tabletop roleplaying games over the last few years. Although I am involved with both Chronicle City and Delta14 the two companies are very much independent entities from each other, although obviously we’ll be working closely in some regards such as convention appearances, etc, allowing us to take the Delta14 fiction ranges to traditionally game-orientated shows and some of our game related product around the sci-fi/fantasy/horror fiction circuit. Hopefully helping expose all parties to a readership that might otherwise have not discovered them.

What does this mean for The Wyld Hunt series and the Agency Case Files?

Gobion: Under my pen name of “Gunnar Roxen” I am the first signing for Delta14. My first novel “The Wyld Hunt” which has been well-received and is selling well, is a science fiction detective novel set in a futuristic London about a missing persons case that quickly spirals out of control. The Wyld Hunt is the first in the Agency Case Files series. Coming soon are the Firestorm Conspiracy which is due out early 2013 and Dead Angels later in the year. Each novel is a self-contained case though many of the same characters will turn up. I am enjoying being a poacher turned game-keeper is giving me, but at my core I am an author first and foremost – it was the love of the creative side that drove me to make videogames for 15 years. I understand the passion that drives people to write novels as it is the same thing that drives me.

You’re sharing the news about Delta 14 at Dragonmeet. We’re deep into roleplaying territory here. Does this mean there’s a Wyld Hunt RPG on the horizon? Who’s involved?

Gobion: There is indeed! The Broken Shield RPG is under production and will be published by Chronicle City. Based on the Agency Case Files it focusses on the characters playing members of the federal law enforcement and spy bureau known as the Agency and is built on a well-tested inhouse rpg system.. I’m the lead writer on the RPG and we’ve planned and written a series of focussed PDF supplements that will further flesh out the universe for fans of the novels and games alike.

Angus: Whilst Delta14 is concentrating on original fiction there will be occasions where our relationship with Chronicle City and the games industry will cross over. On one hand it gives us the option of directly talking to authors about creating games based upon their works and on the other hand gives us, should we wish, the option of creating anthologies, stand alone novels or series based upon some of the IP we develop, license or publish over at Chronicle City.

Which other projects and authors does Delta14 have lined up?

Gobion: We are pleased to announce that Peter Cakebread — author of Clockwork & Chivalry and Airship Pirates — and his exciting novel “The Alchemists Revenge”. Peter is a very talented writer and we are pleased to welcome him onboard. We are in discussion with several other authors and hope to announce them soon once the partnerships are confirmed.

One thing all the novels we will publish have in common is that we feel passionately about them. We want to publish novels that excite, challenge and intrigue us. Because our relationship with authors is a partnership where they continue to own their own work we believe that not only are we a low-risk option, but that we all share the opportunity for success in a fast-changing industry. That equality of relationship is very important to both Angus and I.

Which authors would you like to recruit to Delta14? Will you be accepting pitches?

Angus: Yes we will be accepting pitches early in the new year once we are up to speed with our current authors. It would be easy to become overwhelmed at this stage. We are just figuring out the details but we do want to provide a mechanism for unpublished authors (with or without agents) to have a chance at getting their work out there. We are also looking to bring back to print some classic titles to get them out to a new generation of fans.

In today’s world of ebooks and digital distribution; what’s the role of a company like Delta14?

“We are a publisher built by authors for authors and if we publish strong titles readers will be encouraged to read novels by our other authors.”

Gobion: In short: strength in numbers, economies of scale, shared success, and passion.

We are a publisher built by authors for authors and if we publish strong titles readers will be encouraged to read novels by our other authors. We can also get the benefit of economies of scale on printing and ebook production. But most importantly when we have breakout authors all of our other authors will benefit. Because of the partnership with Chronicle City, Delta14 will be at as many games, book and comic conventions as we can and we will be constantly pushing to get our titles in front of new readers. Our stalls will have a very personal touch and will be manned wherever possible by the authors themselves so they get a chance to meet new fans and give signings.

Above and beyond that on the pure logistics we will print, publish and sell our author’s titles and will offer them the option to do the same with their ebooks as well. Certainly as an author myself what I am looking for is anything that lets me focus on writing and meeting my readers. That is at the core of what we do.

Any plans for Kickstarters in the foreseeable future?

Gobion: Absolutely! Now that it is half complete, we are currently working on a Kickstarter pitch for The Firestorm Conspiracy. But we are only going to launch that Kickstarter if we feel that a Kickstarter can offer something we would otherwise be unable to do.

Lifting the veil on Delta14 with Angus Abranson and Gobion Rowlands 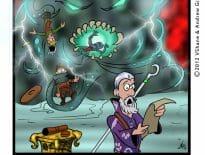 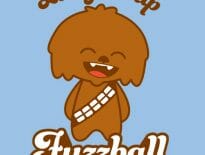