In January Gun Metal Games launched a Kickstarter for Interface Zero. This is a full metal cyberpunk RPG.

Geek Native was able to grab David Jarvis of Gun Metal Games, ask some questions about the project and secure some previews of the game’s fantastic art.

There’s a lot of excitement around the Cyberpunk 2077 computer game. Did that influence your timing for the Interface Zero 2.0 Kickstarter?

I’m pretty excited myself. I saw the trailer like 15 times. I’m chomping at the bit to play CP2077, but I didn’t actually see it, though, until I was almost ready to start my kickstarter for Interface Zero 2.0, so it hasn’t really affected that decision. If anything, I’m glad it’s out there, raising awareness for the genre.

Do you think gamers have been inundated with so many tempting Kickstarters that they’ve been forced to be far more selective with their pledges? Has this impacted your campaign at all?

I think kickstarter is in a huge bubble right now as many publishers race to do their own thing. I don’t think that will last though, because there are some negative effects coming out of this Kickstarter gold rush. Some publishers aren’t prepared for their success and fail to deliver their products. This in turn causes potential backers to be very wary of backing other projects. Given that roughly 41% of all kickstarters fail to fund, it’s only natural that I think in a year’s time, potential backers will be doing what they have always done in this industry, backing the companies that prove they can deliver, and letting the ones who fail fall by the way-side.

What’s the attraction to Cyberpunk? Why has it stood on its own as a solid niche within sci-fi whereas so many alternatives have faded and just been seen as sci-fi?

Very good question! In my opinion, the genre has stood the test of time because it’s actually the most realistic vision of the near-future you can get, unless of course you’re playing games with big monsters, and magic and such, but even those games are rooted in elements which are believable…dystopia, harsh life on the streets, realistic technology, corporations with too much control, transhumanism; I could go on and on. I wouldn’t say that other science fiction games have faded so much. You have some really good science fiction games out right now, like Traveler, Dark Heresy (and rogue trader and deathwatch), Eclipse phase, which is brilliant, BTW. Are they just seen as sci-fi? Probably, but mainstream science fiction has so many flavors to it, that it’s almost as if it’s not even a good classification for the genre, because it means so many things to so many different people.

Cyberpunk never had that problem. It is what it is, and for the most part hasn’t changed. 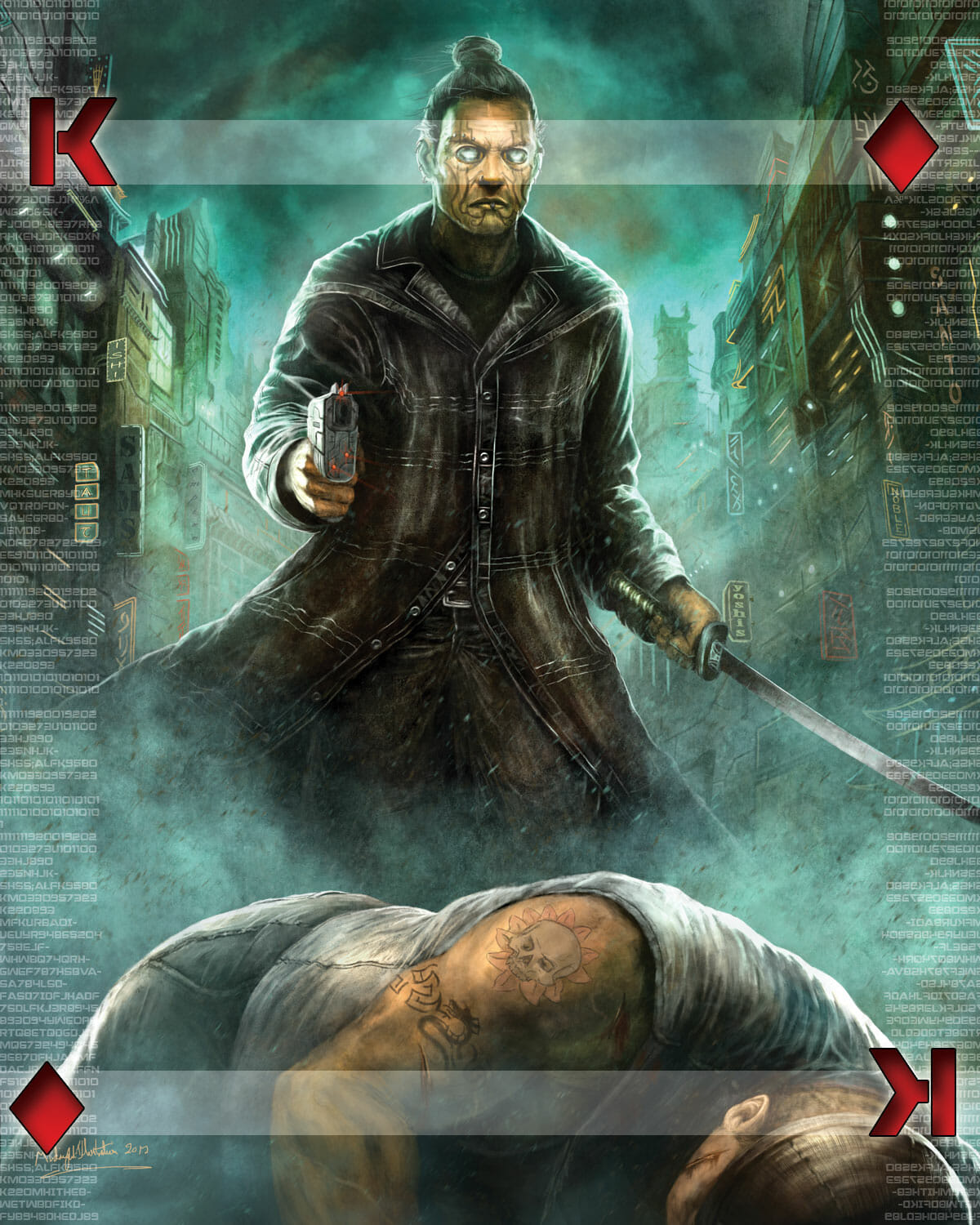 How important are the visuals and artwork to any Cyberpunk game? Is that the case for all RPG settings?

I’d say artwork and other things like graphics, maps, etc. are all very important to games. That old saying “A picture is worth a thousand words,” is true. I could describe a great scene for you, but depending on your level of reading comprehension and your imagination, you may get what I’m trying to tell you, Heck, you might even have an image in your mind’s eye that is very close, but it will never be exactly the same as how I see it, and that’s why artwork is so very important. If I have a certain setting element that I feel you really need to be 100% certain of in terms of how it looks, I’m not going to trust in my ability to generate that image in your head through fiction. I’m going to get an artist to paint it so I can show it to you. Art is vital to all role-playing games. I don’t think that will ever change.

Can you confirm that Chronicle City will be involved with Interface Zero 2.0? How do you see the partnership working?

Yep! Angus and I are going to be moving forward throughout 2013 and beyond. They’ll be printing all Gun Metal Games’ books that go into distribution. This will include mainstream sales of the core book, the novels, sourcebooks and adventures. I am very happy to be building this relationship with Angus. he’s a great guy and I hope this partnership is beneficial for both of us! 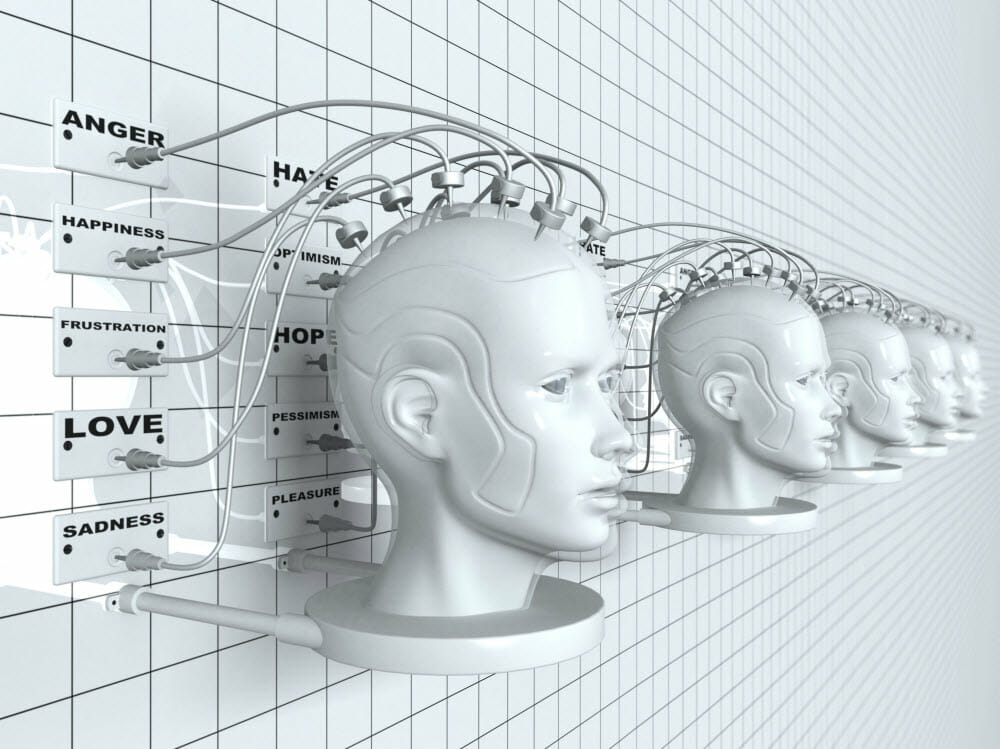 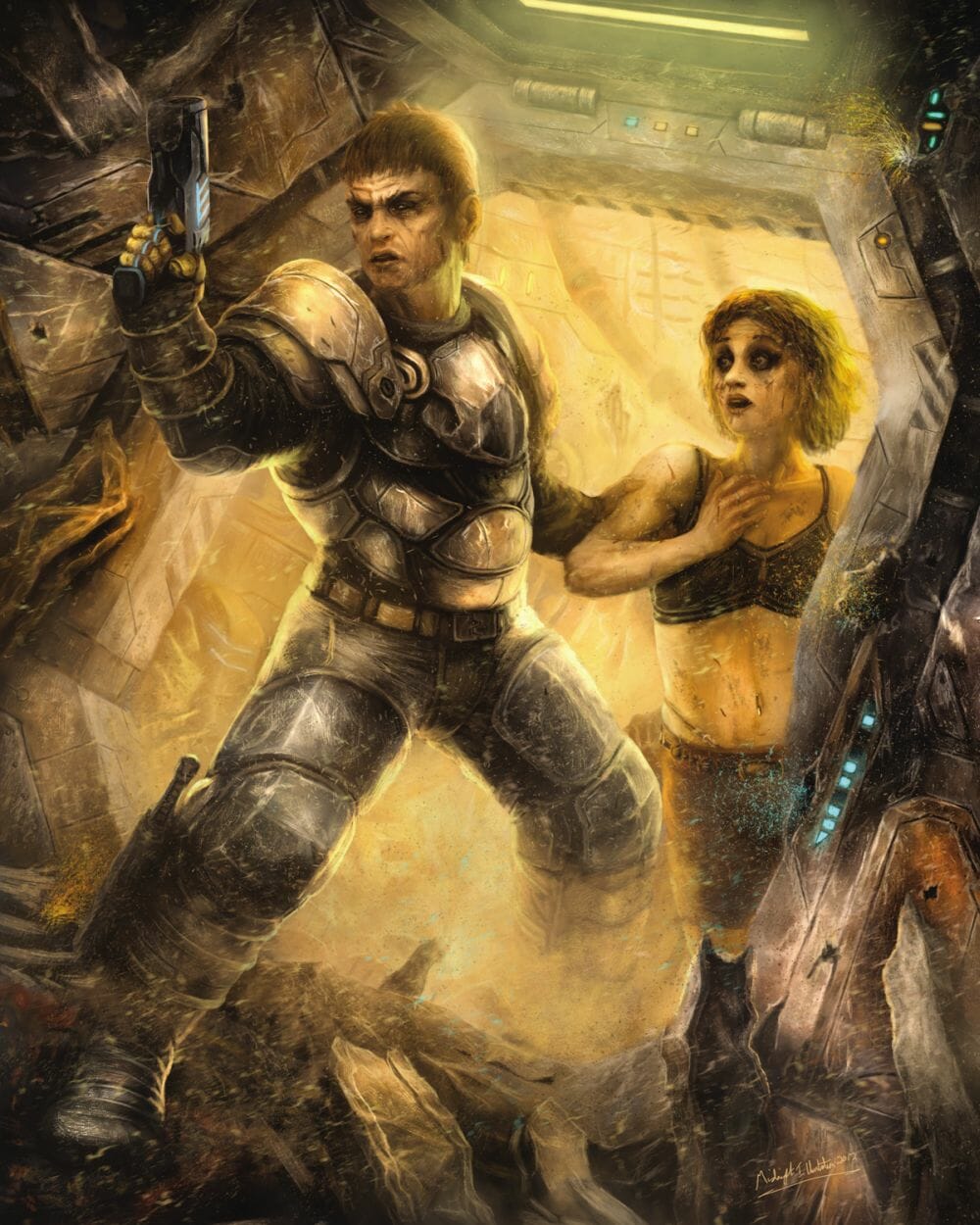 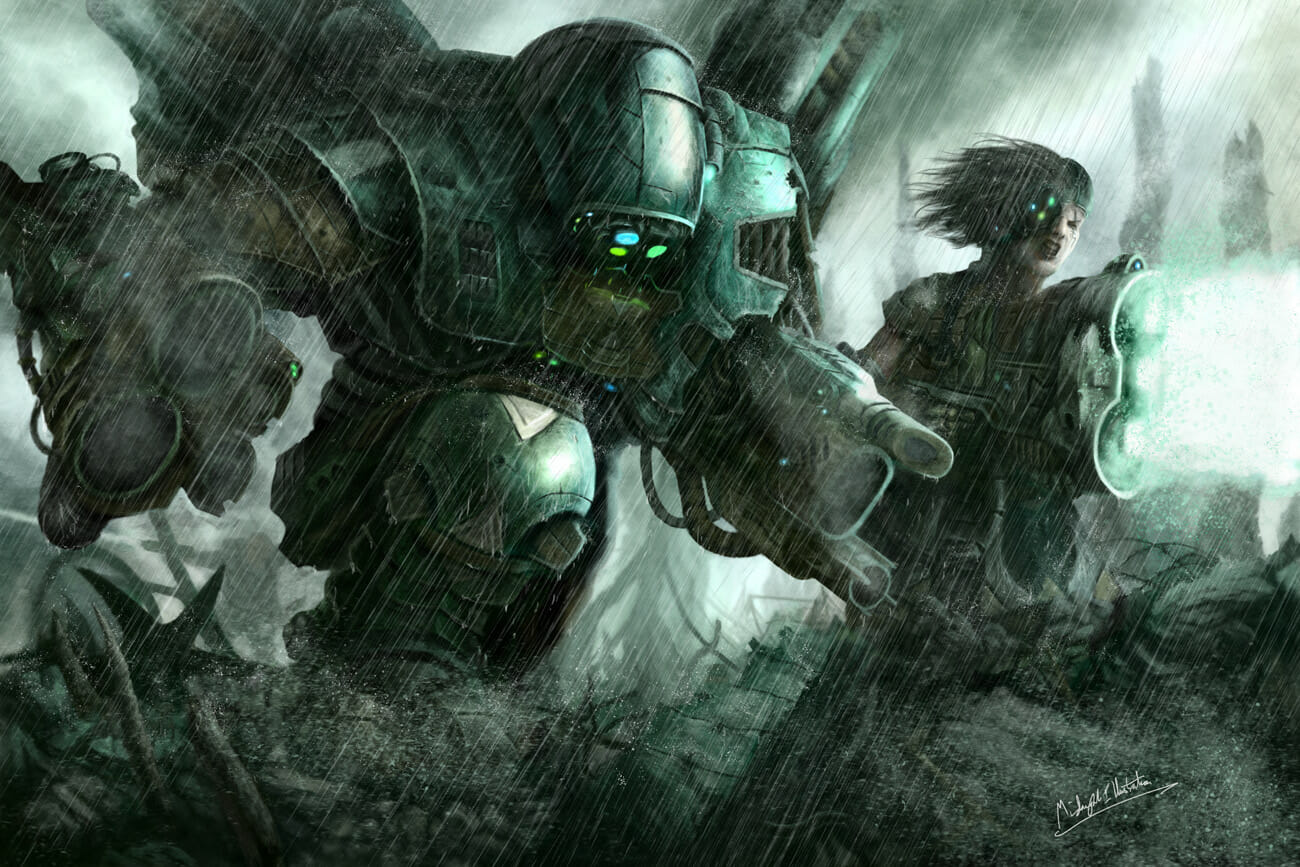 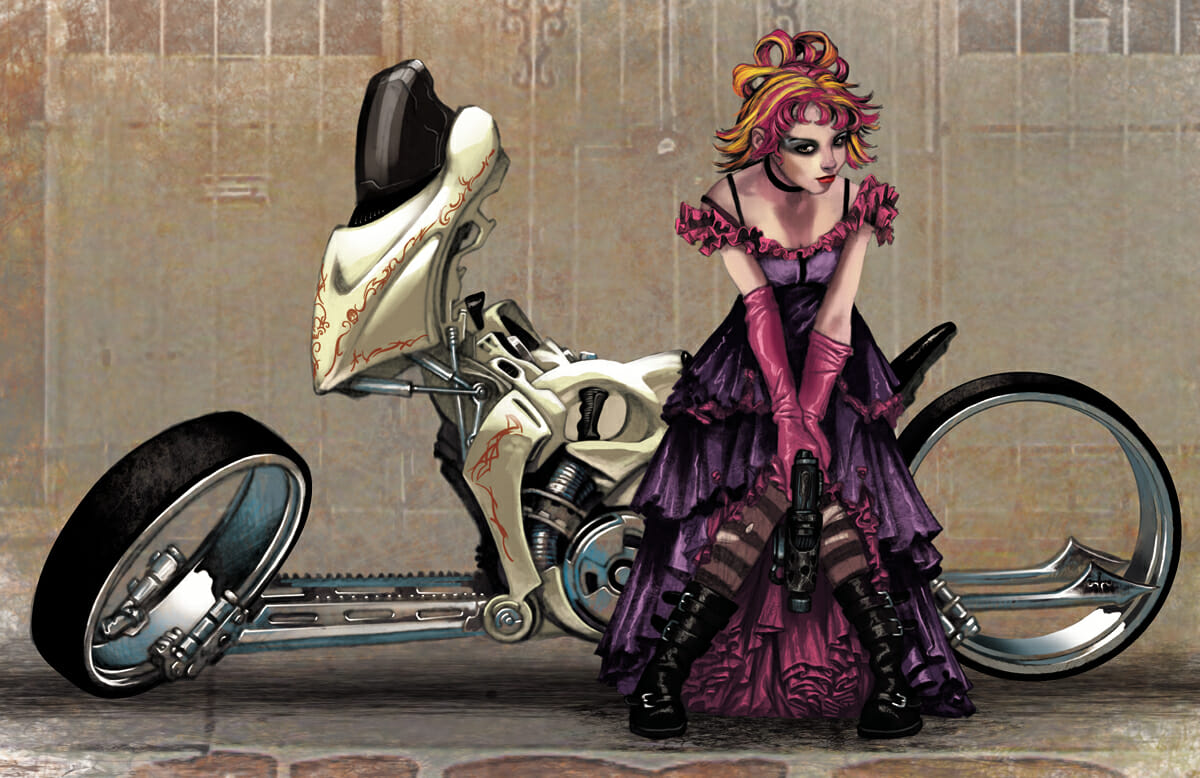 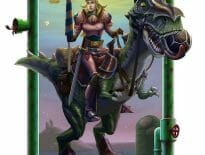 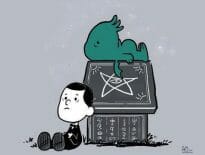