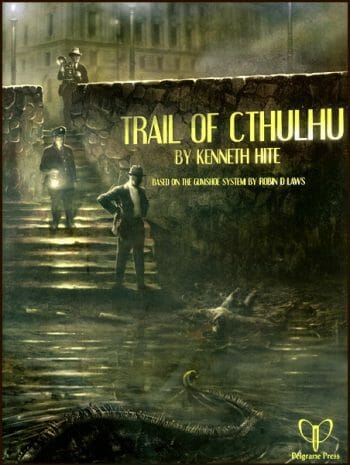 DriveThru RPG are running a big sale, up to 40% off core rules with the offer “New Year, New Game” promotion.

Want to save more money? Use the coupon happynyng2013 to bag a further 15% off.

The question is? Which RPG should you dabble in? What about something dark, something a little dangerous, something that might tickle the imagination and your concept of reality a little?

What about Trail of Cthulhu from Pelgrane Press? Geek Native spoke to designer Kenneth Hite.

How would you describe Trail of Cthulhu to experienced gamers?

Trail of Cthulhu is Sandy Petersen’s Call of Cthulhu, adapted to the GUMSHOE system and thus optimized for building, investigating, and resolving the horror mysteries that are the core stories of CoC.

It’s a game of horror and mystery set in the 1930s, in which brave Investigators risk their life and sanity to thwart the forces of the Cthulhu Mythos. The core rules take up only about 30 pages, and you only need one six-sided die: the rest is horror, flavor, and advice on how to run and play the game.

Why is Trail of Cthulhu a good choice for a “New Year, New Game” buy?

Because in January, the nights are still very long, and the sky is still lowering and inclement. Christmas is gone, and winter stretches out its hellish talons over the long weeks ahead. Time to stay indoors and scare yourself, then! (If you’re in Australia or one of those other magical lands where it’s summer right now: the Great Race of Yith compels you to play!)

What’s your favourite thing about Trail of Cthulhu?

As the designer, I like a whole lot of things about the game. My favorite rules aspect is probably the split between Sanity and Stability, which models Lovecraft’s fiction better than a single track; my second-favorite is the Drive mechanic, which finally explains why you keep following clues to sanity-blasting horror. Outside rules, fans and reviewers all seem to like the chapter on the gods and Great Old Ones, which presents many, many incompatible facts about the Lovecraftian pantheon in order to restore both mystery and Lovecraft’s original deliberately self-contradictory vision of his unknowable entities. 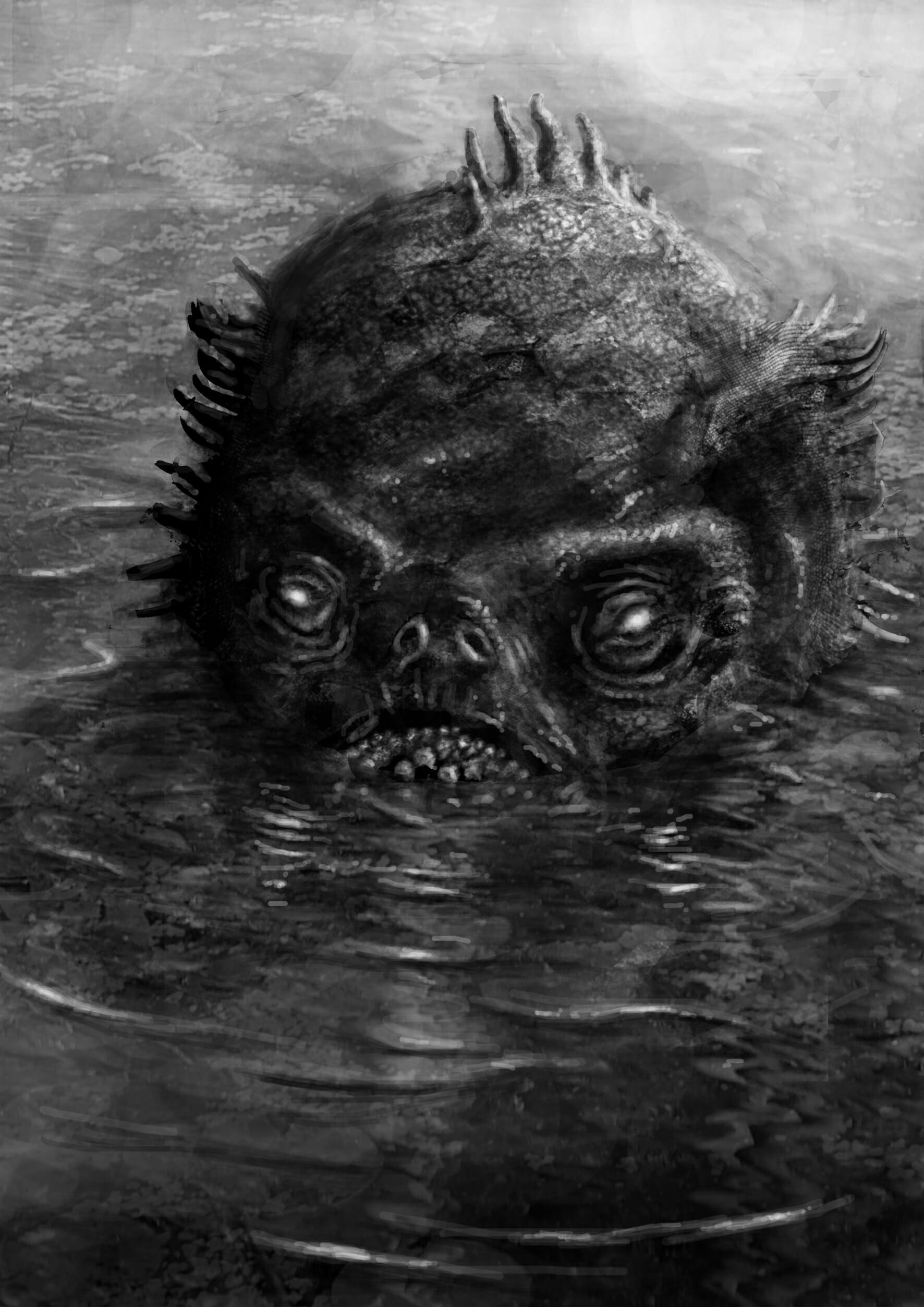 James Semple has composed and recorded a CD of music especially for Trail of Cthulhu, entitled Four Shadows and another for an upcoming campaign: Eternal Lies Suite.

If you want more, I might suggest Richard Band’s soundtrack to Re-Animator, or a Scriabin symphony, or some Thirties jazz, depending on exactly what flavor of sound you’re looking for.

Are there are any books, movies or TV shows that are a good match for Trail of Cthulhu?

In addition to the works of H.P. Lovecraft and the other Mythos authors, any good horror story or pulp mystery (or both, like the lurid “Black Magic” novels of Dennis Wheatley) can provide inspiration. There aren’t very many good Lovecraftian movies, but I might start with Robert Wise’s The Haunting, the recent “innocents in a bad place” film The Ruins, and the little-known modern-day paranoia flick Alien Raiders. On TV, the X-Files’ “monster of the week” episodes serve up some of the flavor of a good investigative horror game.

I’m far from the world’s great Pinterest authority, but this looks pretty neat: The Miskatonic Expedition

For starters, Rough Magicks expands the magic rules and presents plenty of magical options; it’s the closest thing to a “core” expansion so far. The Keeper’s Screen is not just a GM’s Screen but also a guide to using character abilities; it’s a good resource. There are lots and lots of scenarios available, in print and in PDF: for example, Stunning Eldritch Tales contains four pulp adventures, while The Watchers in the Sky is creepy, dangerous, and minimalist. Book-Hounds of London puts the players in the occult book trade in London, while Shadows Over Filmland riffs on classic 1930s horror films in a Lovecraftian vein.

Which forums, Facebook, Twitter, Google+ or blogs should gamers keep an eye on for news about Trail of Cthulhu?

In addition to the Pelgrane Press forums, the Trail of Cthulhu forum on Yog-Sothoth.com is another core gathering place for our cult: www.yog-sothoth.com/forums/42-Trail-of-Cthulhu

Is there anything new for Trail of Cthulhu coming out this year?

We’ll have Mythos Expeditions (a collection of scenarios set on expeditions to strange, far places) and Dreamhounds of Paris (our setting book for Paris and the Dreamlands in which the players take the roles of the Surrealists) this year, as well as (cross tentacles!) releasing our massive globe-trotting campaign Eternal Lies. Plus lots of stuff in PDF, mostly more scenarios. 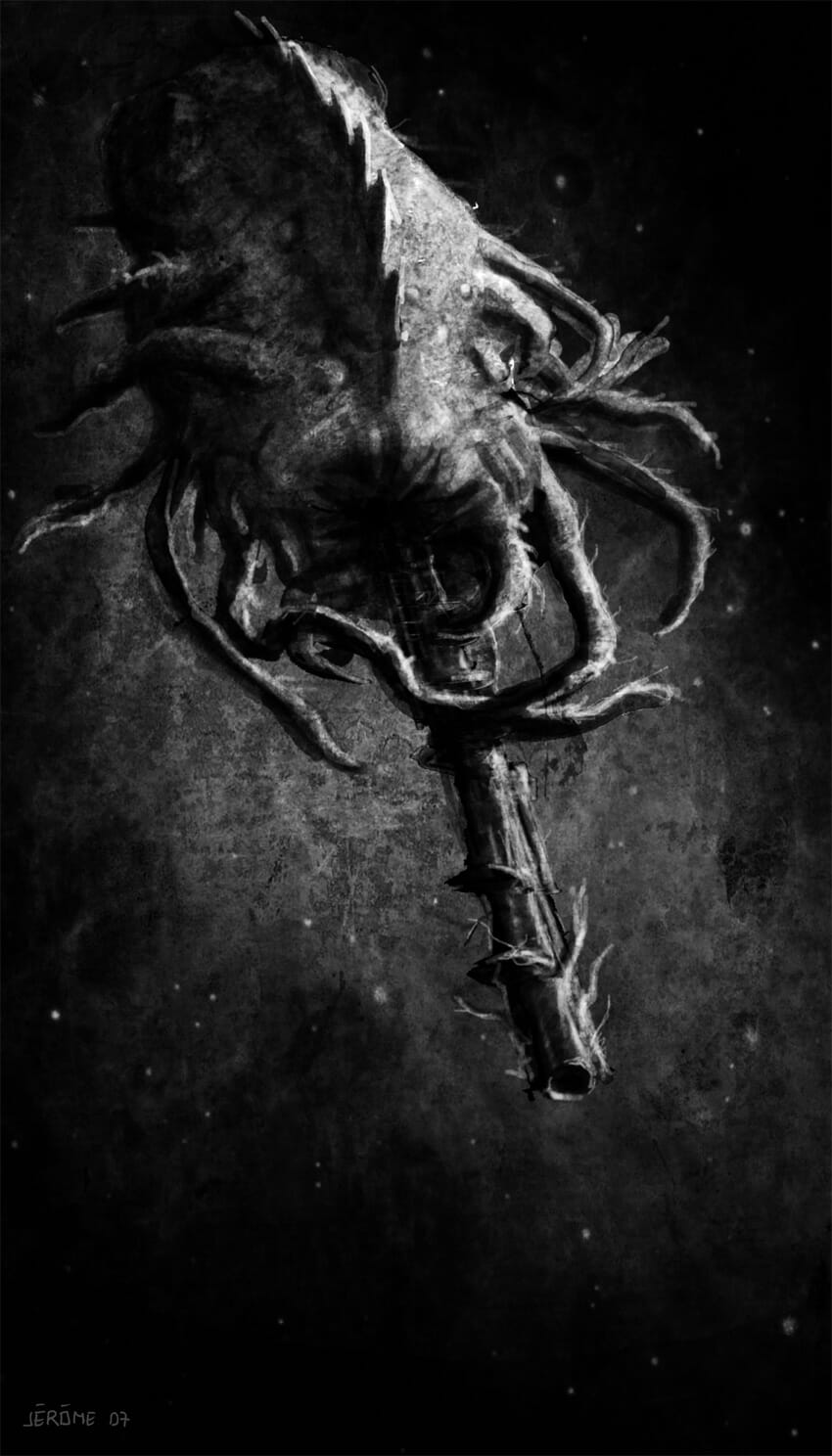 You can get 40% off Trail of Cthulhu and more with the coupon happynyng2013 until the 14th.