You Are the Hero is a Kickstarter campaign by the author Jonathan Green. The goal is to raise £15,000 to fund a celebration of 30 years of Fighting Fantasy, a book with a forward from Steve Jackson and Ian Livingstone themselves, art and insight. At the time this post was written the project has just about a week to go and has raised north of £10,000. There’s just the last push to go and Jonathan Green has kindly agreed to make time for a Geek Native Q&A style interview.

How hard is it running a Kickstarter campaign? Is Christmas and New Year helping or hindering?

Very hard! In fact, when I started on this project, I had no idea how hard. It feels like I’ve done nothing else for the last month. What with Christmas and New Year as well, I certainly haven’t had time to actually do any writing, ironically!

As to whether Christmas and New Year help, I don’t know, although someone else who’s preparing to run a Kickstarter in 2013 told me I was very brave to attempt running one when I did. I want to run another Kickstarter in 2013 myself, so ask me after that one what difference the time of year makes. ;-)

You’ve written gamebooks like Howl of the Werewolf and Night of the Necromancer as well as fiction for the likes of Doctor Who, Black Library and Abaddon Books. How does writing a gamebook compare to writing a story book? Is the planning similar?

The differences between writing a gamebook and a novel are manifold. Everything’s written in the second person present tense for a start. Character development has to be handled differently (and yes, there can still be character development). You have to write more concisely. You can’t easily include flashbacks or scenes from another character’s point of view.

Of course the great thing about writing a gamebook over a novel is that you can explore every narrative path you like, whereas in a novel you have to stick with just one and follow it through to its ultimate conclusion.

Turn to 400 was an attempt to Kickstart a documentary about Fighting Fantasy. Sadly, it failed. Why do you think that was? Are there not enough fans left?

I think, in the case of Turn to 400, the amount of funding being sought was too great. There are still plenty of FF fans out there, but any project about the history of the gamebooks is only going to appeal to a niche market and so immediately reduces the amount of money you’re likely to raise. The other hard thing is getting word of the project to the people who are likely to back such a project in the first place. I’m fortunate in that I’m well known within the gamebook community, but even I’ve found that aspect of running a Kickstarter tricky. 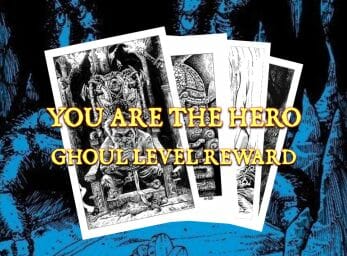 The concept of a “choose your own adventure” lives on with Star Wars gamebooks, Doctor Who gamebooks and even Warhammer 40K gamebooks – if you had to pick just one series to recommend, which would it be?

The Black Library’s Path to Victory series, because they’re the only ones that still include some manner of combat system. One of the best examples of a Path to Victory gamebook you can read (in my humble opinion) is Shadows over Sylvania, which is coming out in February 2013.

Does the Kickstarter analytics system let you see which communities are supporting the campaign the most? Gamers, readers or general interest?

It shows me which website links have raised the most money, so it does help me focus my marketing. Interestingly, a fair chunk of the money raised so far has actually come directly from people checking out Kickstarter. That suggests to me that crowdfunding websites allow people to be Patrons of the Arts once again.

Ian Livingstone has been awarded a CBE in this year’s honours list. What do you think he’s best known for?

His honours have come as a result of a combination of his work in the gaming industry and education. However, I think many still know him best thanks to Games Workshop and Fighting Fantasy gamebooks.

What other projects are you working on? Any insider clues on Doctor Who and “Clara Oswald“?

Can’t give you anything on Doctor Who, I’m afraid, but I do have plenty of projects lined up for 2013. I’m writing a brand new gamebook app for Tin Man Games called Codename: Crusader, I’m hoping to write another novel and I’ll be kicking off another Kickstarter, which will also be gamebook-related. But in the short term I’m just hoping that YOU ARE THE HERO reaches its funding target of £15,000 so that I can write the definitive history of Fighting Fantasy gamebooks!

A week left to be a hero 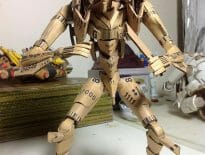 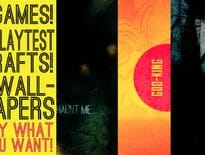