You are here: Home / Geek Stuff / Fund the Museum of Dungeons & Dragons?

This is an Indiegogo campaign launched under the flexible funding rules. That means all the funds contributed will go to Jim and Debbie Hunton to support the D&D Museum whether they reach their $150,000 goal or not.

There are some interesting conflicts in this pitch. The opening line is;

D&D is an icon and a piece of US history.

… and that’s not untrue. However, D&D is a global success and many of the players are outside the United States of America.

The first promise is;

First, and most importantly to us, YOU the supporters will get to choose the location of the museum. In fact, it is important enough to us that we aren’t using Kickstarter simply because they required us to choose a location before they would approve us.

This doesn’t mean the Museum will come to Europe though, or even Canada. There are four possible locations; Lake Geneva, Orlando, Indianapolis or Renton. Despite being US-centric I think it’s only fair to credit the Huntons with their willingness to build a museum on the other side of the States from where they live.

The highest pledge level is $10,000 (there are three available) puts you on the board of the museum.

Fund the Museum of Dungeons & Dragons? 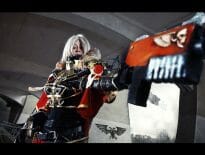 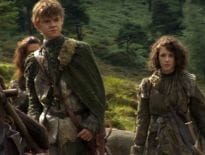