February 28, 2003 (LOS ANGELES) – WizKids Media announced today an agreement with Hollywood screenwriter and producer Dean Devlin to produce a movie based on the MechWarrior universe. Devlin has produced films such as Stargate, Independence Day, Godzilla, The Patriot and Eight Legged Freaks. Paramount Pictures is in negotiations to option the property from WizKids for Devlin’s Electric Entertainment. “Whether I write the script, help with the script or direct, I’m crazy about the

material. This is a real passion project for me,” Devlin said. Devlin would like to get the movie into theaters within 24 months.

“The film, in many ways, will be a coming of age story,” said Jordan Weisman, WizKids CEO. “It’s set 40 years after the ‘Mech wars have ended, and introduces a group of young heroes in their early 20s who have grown up in peaceful and prosperous times.” Weisman said the sci-fi universe he created 20 years ago was heavily influenced by the relationships that World War II pilots developed with the fighter planes they flew. The movie will focus on The Republic, a melting pot of people similar to the United States, and how factions in The Republic and forces outside of it are hoping to restart the ‘Mech wars of old.

The film is being produced in association with WizKids Media, the film, television and interactive media subsidiary of WizKids LLC. Weisman and WizKids Media President, Marc Sachnoff, will serve as the executive producers along with Electric Entertainment’s Partner and COO, Philippe Maigret. WizKids Media has recently set up the Mage Knight(tm) franchise with Producer Mark Gordon (Saving Private Ryan) and is currently shopping the Shadowrun® franchise with key studios and creatives.

The MechWarrior brand has had a successful retail run with its best-selling novels, toys, computer games and last year’s hit Xbox game, MechAssault. Six months ago, WizKids released a MechWarrior collectable miniatures game that has sold five million units to date. Penguin Putman has already released the first two of a series of 18 new novels based on the franchise, with the first novel selling out and already into its second press run.

We have received confirmed news from some of our sources on the license news we’ve been watching at WizKids. We now have some definite details. The new game is “Shadowrun”. What makes this game different from other WizKids games is the figures are “action-figure” sized. Each figure will be sold individually eliminating the randomness of previous WizKids games. The game keeps the same

mechanic as a “clicky” base but with a much larger scale. Word is that this will take WizKids into the Action Figure market in a big way, expanding the number of retailers who sold their previous games. The figures our sources saw were “quite nice and as good as other action figures on the market”. The mechanics as they relate to previous incarnations of Shadowrun are still a bit unclear. The game is currently scheduled for release in June. We expect a few more details on Monday with WizKids “big” release news.

On a separate note, we did receive a bit of news from within WizKids that the possible Car Wars license news we posted a few weeks ago “may” be true but not to release this year. Hmmm, we’ll have to see what happens. 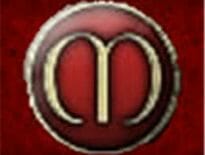