This is a review of a site that is no longer alive. GamingReport is an ex-site and this makes me sad.

GamingReport was an RPG news site. It mainly covered traditional tabletop RPGs but did have an CRPG section for the big news. Way back then there wasn’t all that much CRPG news to get excited about so I can only wonder  how the site would have evolved if it had lived.

When it was running it ran well. It collected news from lots of sources. For big news – like WotC doing another round of redundancies just before Christmas – they’d ring up and check facts but also do special emailing.

I think GamingReport had less of a community feel than ENWorld but, equally, it felt less cliquey than ENWorld and had a wider remit than d20 / Dungeons and Dragons news.

I liked GamingReport so much that GameWyrd was a partner. They had a badge back to GameWyrd on their homepage. GameWyrd linked back to them, badge and all, from the homepage. I wrote a few haxxor scripts that helped put their JavaScript news ticker on desktops. This was the Windows 95 era and RSS adoption wasn’t high.

They got bought by F&W Media. The people behind Scrye magazine. It was an early shot in the new versus traditional media battle that’s been so hot this year. GamingReport didn’t last in F&W’s hands very long. The Scrye magazine died shortly the deal.

One day, without even an email to partners like GameWyrd, the site started to redirect cbgxtra.com.  Today that redirect’s gone but you can still find the remains of GamingReport via their server’s IP address. It shows that the last entry was in July 2009 – although it feels that GamingReport has been gone for longer than that. 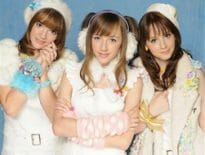 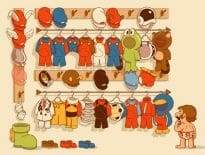 Console Inside Mario’s closet
wpDiscuzComment Author Info
Manage Cookie Consent
This site uses cookies 🍪, and links are ads that may earn bloggers some money 💰, and with this alert, I very much hope that these dark truths 🧌 are acknowledged.
Manage options Manage services Manage vendors Read more about these purposes
Preferences
{title} {title} {title}
Loading Comments...