You are here: Home / TV / Doctor Who: Time War trailer

These two videos are fan made trailers for the Time War. We’ve heard a lot about the Time War since the Doctor with Christopher Eccleston playing the Ninth Doctor but know very little about it. The Doctor and the Time Lords fought the Daleks and, in theory, only the Doctor was left.

These Time War trailers have Lalla Ward back as the Time Lord Romanadvoratrelundar – known to fans as Romana (and to other fans as Romana II), Timothy Dalton as Rassilon (a whole he played in The End of Time), Paul McGann as the Eighth Doctor and, of course, Christopher Eccleston as the Ninth Doctor.

This makes sense; the Time War probably kicked off while the Doctor was in his eighth incarnation and his Time Lord/Lady ally Romana was no doubt a significant ally during the conflict.

It seems a full film is planned. This Facebook page is in place to manage it. You’ll have spotted the name TARDISELLIOT at the end of the trailers; writer and director for the fanmade is a chap called Sam Elliot. Sam says, on Facebook, that the tilm will serve as a tribute to Doctor Who’s 50th anniversary and is scheduled to be released in 2013.

What do you think? Can Sam pull this off and produce an enjoyable movie?

I certainly hope I can :)

Are you up for being pestered for an interview and/or sneaky peaks at the project?

potentially if I can find the time. I would like to put some behind the scenes (DW confidential esk) vid on utube at some point. 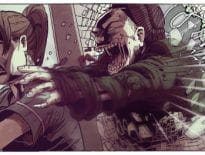 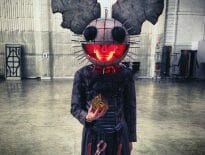