You are here: Home / Books / Comics / Get your zomb on for Halloween: Dead Roots Kickstarter

Here’s a well timed Kickstarter. Zombie action in time for Halloween. We’ve featured Dead Roots on Geek Native before and know it packs a quality, if undead, punch. This Kickstarter is for the printed edition, bringing together all four editions plus extra content.

Geek Native spoke to Mike Garley about the project.

What’s Kickstarter’s influence on the comic book and graphic novel scene and what are the two most important things someone from the publishing industry should keep in mind when setting up a Kickstarter?

The comic industry can be pretty insular, so the publicity and financial benefits of going through Kickstarter, offers cool and unique projects (like Dead Roots) a chance of coming to life, and not just projects with a ‘house style’.

One of the main draws for some of the big name creators in Dead Roots was the creative freedom that being independent from a publisher offered them, which allowed them to focus on telling great stories.

Why do the Kickstarter now for Dead Roots?

We’ve just finished the fourth (and final) digital issue of Dead Roots and want to tie up the anthology – we’ve got the content ready and aside from the extra story that we’re planning to create to thank our backers, we’re ready to go. Also with our Kickstarter due to end on Halloween, which is the anniversary of issue one, it’s kind of appropriate.

Zombies, undead, vampires and their kin seem to be enjoying a popularity run that’s appropriate for their name. Any idea why they’ve become such a welcome part of pop culture?

Yeah, they’re cool. And from a story point of view they’re well known enough now that it allows you to spend your time better served than establishing rules for your story. For example we don’t waste time in Dead Roots discovering what a zombie is, or exploring the many possibilities of what created them, because we don’t need to. The genre allows us to skip that and get straight into the meat of the story.

Which three zombie films do you recommend above all the others?

That said, I’d suggest Zombieland, Dawn of the Dead (both versions), and Shaun of the Dead, if I wanted to play it safe. And Rec, Pontypool, and Harold’s Going Stiff, to those who like to stray a little further from the mainstream.

Oh, and one of my friends (Christian James) directed a film called Stalled, which premiered at Frightfest this year. I haven’t seen it yet, but I’ve heard great things.

Are their any stretch goals that might yet be announced – you know, secret rewards that fans can help unlock if the pledges keep coming in but which aren’t yet mentioned in the campaign?

I’ve got some cool ideas for other people that I’d like to bring in if the interest is there, but I’m dubious about getting ahead of myself. The stretch goals already in place are pretty amazing so hopefully they’ll get people talking about Dead Roots. Kickstarters are hard, so for now I’m just going to concentrate on helping promote our campaign.

After this Kickstarter… what next for Dead Roots?

It’s always been the plan to do a second Dead Roots. We want to continue the stories of our characters as well as seeing what’s going on with their families and friends – the Roots in Dead Roots relates to a family tree and we want to branch out to explore our characters’.

Also we were extremely lucky to find some incredible new creators to join the established pros, which helped us create the book’s unique feel. I’d love to do that again, by opening up submissions again. BUT, that’s a long way down the line, and all my time and energy is going into making the TPB and Hardcover of Dead Roots as awesome as possible!

After this Kickstarter… what next for you?

I’ll be spending a lot more time working on Eponymous by me, Martin Simmonds and Mike Stock. We’ve just finished our first trade and we’re well underway on our second.
And then there’s VS Comics, which is the monthly digital comic that I edit with James Moran and Mike Stock. We’ve got big plans. You’ll have to hear about that another time though!

Get your zomb on for Halloween: Dead Roots Kickstarter 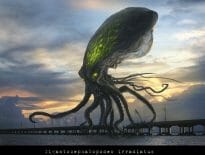 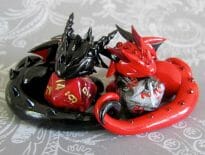