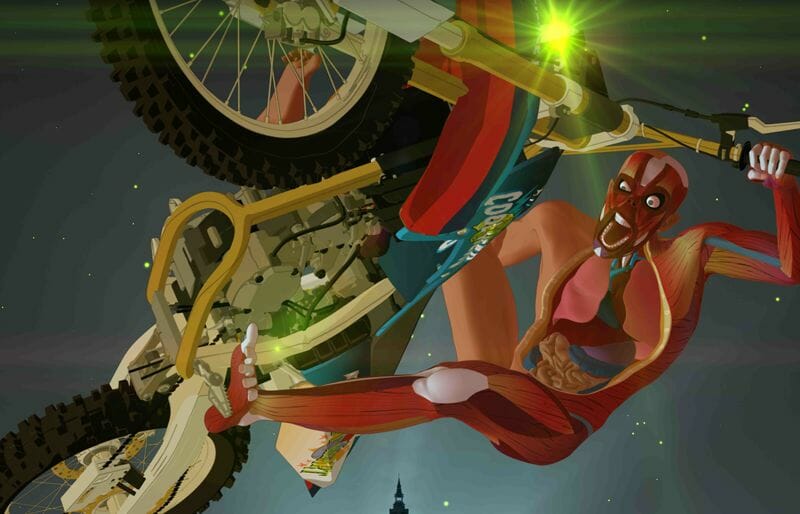 Bonkers is a good word for Afterschool Midnighters.

This anime is a CG effort. In fact, the film came about after a demo reel from director Hitoshi Takekiyo became so popular that a full length feature was commissioned.

The story is one of a haunted school. I’m not sure we have any heroes – but we do have a bunch of anti-heroes. On the haunting side the main anti-hero is an anatomical dummy; naked on one side and his internal organs exposed on the other. He’s naked but not fully anatomical. Mind you; he does have an elephant, ears and trunk, drawn in a rather crucial location early on.

Our anatomical dummy and his skeleton friend have a problem – their science lab in the school is due to be torn down in the morning.

The other bunch of anti-heroes come in the form of three wilful little girls. These three are at that terrible young age when they simply cause work and drama for everyone they encounter and this includes the anatomical mannequin that comes to life at night to haunt a school.

The two come together after the girls run wild at the school. At first the mannequin wants revenge but then hatches a different plan. There are other powerful ghosts in the school, each one guards a medal, and if the little girls can defeat each one, they can earn the medals. The medals have the power to grant a wish and so the science lab could be saved. 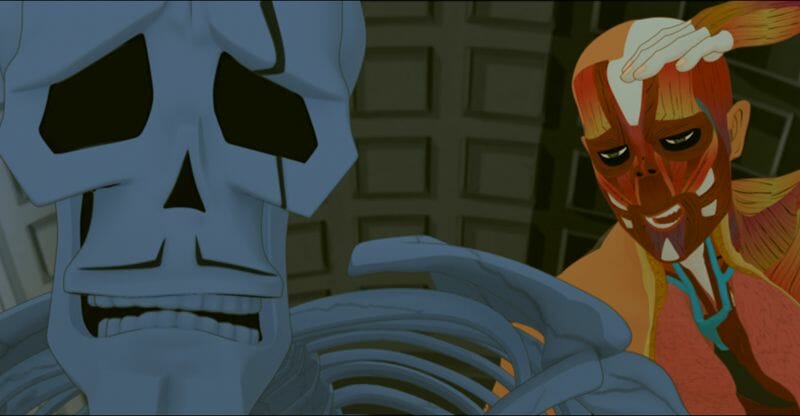 I didn’t think I would be terribly impressed by Afterschool Midnighers. I sat down assuming I’d get extreme bonkers with an animation style I wasn’t too keen on.

I was won over.

The plot isn’t so surreal that you can’t keep up. In fact, accept the premise of the haunted school and its pretty straight forward. The story and action are easily good enough to grab your attention and keep it. 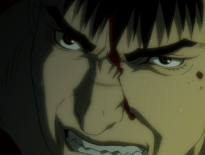 Anime Berserk: Movie 1 – The Egg of the King review 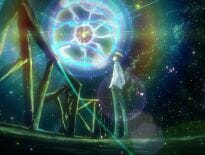