You are here: Home / Books / A review of Dracula Cha Cha Cha 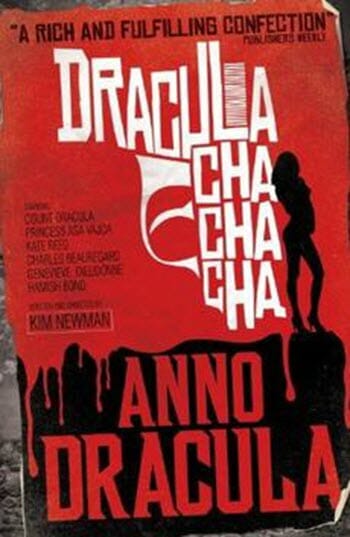 I quite liked The Bloody Red Baron, I felt it took a while to get off the ground but once it got in gear it was flying. You should never judge a book by its cover – or even its title, but I’ll admit that I knew Dracula Cha Cha Cha was coming and I wasn’t looking forward to it.

I greatly enjoyed Dracula Cha Cha Cha and that’s a pleasant surprise. In some ways it marks the end of the series, the final story, although that’s very clearly wrong as Anno Dracula 1968: Aquarius is a separate, later, story that takes up a full third of the book. We’re also expecting Anno Dracula: Johnny Alucard in the first half of next year.

Dracula Cha Cha Cha feels final because it loops back to the original, and very good, Anno Dracula. There’s Charles Beauregard and the vampires Genevieve, Kate Reed and even Penelope Churchward. Dracula Cha Cha Cha will have you re-examine your perception and opinion of Bad Penny, Charles’ one time fiancé. She plays a key role in this book as the head of Dracula’s household.

The story is set in Rome, in 1959. This means Charles, still human but influenced by vampirism, is over 100 years old. It’s tempting to say that this is clearly Beauregard’s last book – but, in the world Kim Newman has created – I wouldn’t rule anything out.

The world has expanded too. Mankind, especially Europe, are now well used to vampires as part of society. There are other creatures too; werewolves, for example, and Genevieve makes mention of others.

There’s also Bond, the British spy and newly turned vampire. He makes more of an impact in the plot than some of the famous mentions in The Bloody Red Baron and I especially like the appearance of the cat stroking mastermind.

Kim Newman seems comfortable and in command with Dracula Cha Cha Cha. There is a murderer stalking Rome. Unlike the vampire killing Jack the Ripper of London this serial killer is stalking elder vampires.

The plot is spun together well. We understand the risks and we know the history of many of the people involved. We’re as interested in the sub-plots as the main one.

Disclaimer: My copy of the book was provided by the publishers Titan Books.

Funny you should say that at I have traced my root canal gangs back to the Kastle and have found a Grace Stone shish ka-bob totem combining the Dragon And Lion Heart of Sandra Annette Bullock “The Defender of Mankind” and My Dragon/Bull Astro signs into a MIMAL Meme bot with a big Babylonian byte.  Richard Nas and Sandra Bull:Ox Mnemonics. The Miller 64 Draft is upon USK. 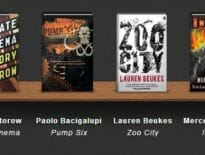 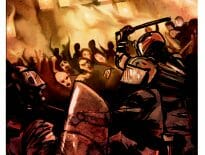