Reports and apparent leaks of the expected next Nexus device are coming in.

It looks like Google might have picked LG to be the next manufacturer to score the honour of producing the latest Nexus branded phone.

”I can confirm the next nexus is LG Optimus based. The phone looks surprisingly like the Galaxy Nexus and does not have sharp corners like the LG Optimus we already know. It has a silver’ring like the iPhone 3G around the outer edge of the screen which seemed to be similar to the Galaxy Nexus in size but was much better in brightness.

I couldn’t have said if it was larger in the few minutes that I had the phone. Also, it has Nexus written on the back like the Nexus 7 except there is a color element to it. The ‘X’ is in four colors. There was also the LG logo on the back.”

If the rumour is true (if) then one projection is that the device will be based on the LG Optimus G; 4.7” display, 1280×768 resolution, a quad-core Qualcomm Snapdragon S4 and an impressive 13-megapixel camera.

But what operating system will the phone have? 4.2? Or even 5.0? Google’s tasty OS names are alphabetic. We’re on J for Jelly Bean right now and the speculation is on Key Lime Pie for the next one (can you think of any other desserts that start with K? Kulfi?).

If the next Nexus is to run Key Line Pie then I believe Google will have to jump up to 5.0. It’s possible they’ll upgrade to 4.2 and change the name… but Jelly Bean is still relatively scarce. Gingerbread remains the most populous Android OS. Oh, the fragmentation horror!
In one final twist there is speculation that the next Nexus will not be awarded to just one maker.

It could be that HTC, LG, Sony and Samsung are all working on Nexus phones which Google will help sell. This blogger certainly bought his Nexus 7 from Google Play. Google is now better equipped to sell, online, phones from a shop like interface. 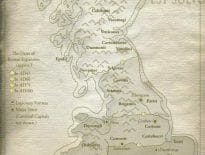