43AD is a roleplaying game set in Roman-controlled Britain, a game of dark horror and gritty military action. This week Geek Native published a look inside the game and in this post, we explore some sources of inspiration that author, Paul Elliott of Zozer Games, draws and recommends.

Simon Scarrow – Simon’s ‘Eagle’ series begins with the 43 AD invasion of Britain, following the careers of two Roman legionaries, young optio Cato and experienced centurion Macro. Every GM of 43AD must read at least one of these books, they give a definite sense of military life, the battles are visceral and immediate, the setting well realised. The series includes: Under the Eagle, The Eagle’s Conquest, When the Eagle Hunts, The Eagle and the Wolves, The Eagle’s Prey and The Eagle’s Prophecy. Heartily recommended.

Rosemary Sutcliff – Writing in the 1950s and 60s, Rosemary’s books are much more gentle stories, but nonetheless involve betrayal, war and battle. Many stories feature a young officer trying to prove himself amongst a new unit of men. Rosemary paints Britain in absolutely wonderful colours, bringing out birdcalls, the whisper of wind across moor land gorse and brings the landscape to life. She also has an empathy with the British tribes and recreates their customs and viewpoint most vividly. Her greatest work is Eagle of the Ninth – recommended! Other relevant works include The Silver Branch, Frontier Wolf, Song for a Dark Queen, The Capricorn Bracelet and The Mark of the Horse Lord.

Lindsey Davis – Famous for her long series of Falco novels, featuring a Roman investigator in the first century. Ideal for those GMs who wish to get an ‘inside view’ of Roman society, as well as inspiration for murders, mysteries and plots. Eighteen titles have been published, so far!

Gillian Bradshaw – This author has written many historical novels, but two in particular have relevance here: Island of Ghosts (the Sarmatian cavalry being redeployed to the Wall) and Dark North (the campaign of Septimus Severus in 208 AD).

Joy Chant – The High Celts – A fabulous book of Celtic British myths that pull in Caesar and Druids and everything else. Briton is the Island of the Mighty, and here it stands tall and magnificent! It includes short pieces of background text between the tales, and the stories are tied together as if Arthur’s court are hearing them retold… fantastic.

Robert E. Howard – Howard wrote a series of stories featuring his Pictish hero Bran Mak Morn as he fought the Romans at the end of the Roman era. These stories are often a little unhistorical, but they have great drama, plenty of carnage – and horror! Worms of the Earth features a subterranean race of lizard-things recruited by Bran in his fight against Roman tyranny. Recommended!

This map appears in the 43AD RPG. Paul kindly provided it along with samples of art from the game and I wanted to use it here. 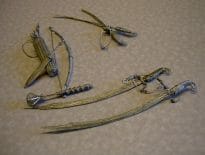 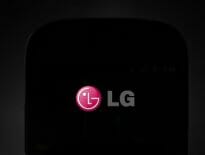