You are here: Home / Games / Console / What’s in the Injustice Gods Among Us collector’s edition? 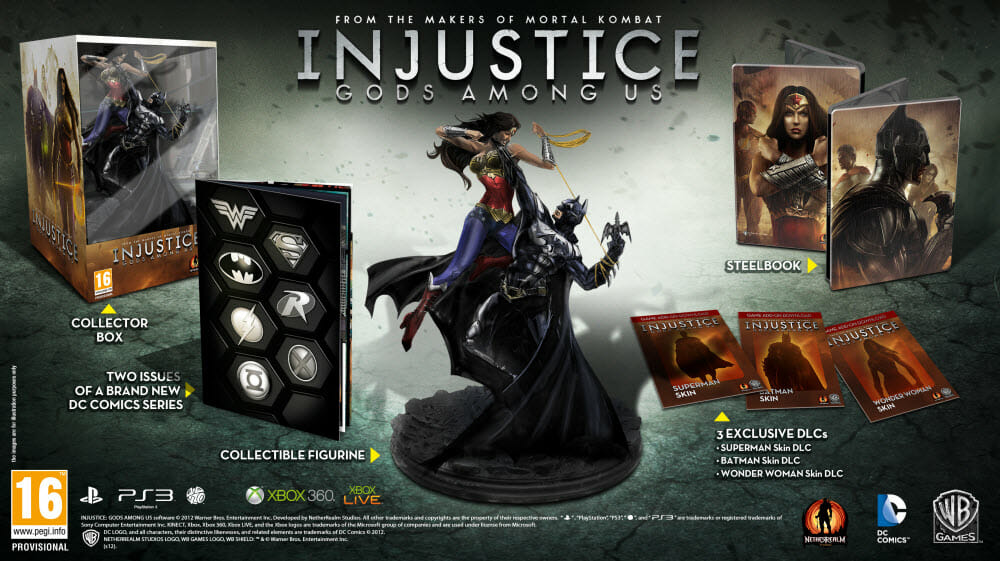 Imagine the makers of the brutal beat ‘em up Mortal Kombat got into making computer games around superheroes.

That’s exactly what’s going on with Injustice: Gods Among Us. This is a fighting game set in the DC Universe that’ll unleash itself on the Wii U, Xbox 360 and Playstation 3 in April next year.

In addition to the statue, the collector’s edition has two issues of a brand new DC series, a steelbook casing and three New 52 skins based on Batman, Superman and Wonder Woman.

It’s expected the game itself will feature characters like Cyborg, The Flash, Harley Quinn, Solomon Grundy and Nightwing too.

What’s in the Injustice Gods Among Us collector’s edition?

Art The faces of famous robots