You are here: Home / TV / Doctor Who: Is the Doctor becoming a Dalek? 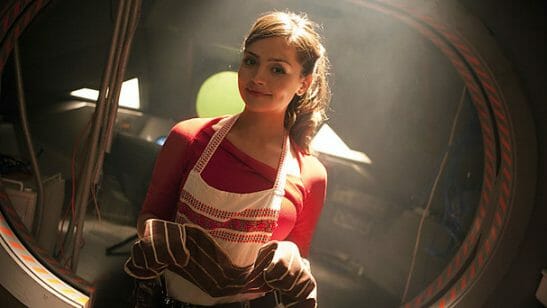 This is the first, but not only, theory that follows the question “Are the lights going out?“.

The post is speculation, and the author has no special insight, nor does Brian Bloodaxe who champions this theory for Geek Native. That said, if you’re lagging behind your Doctor Who viewing then this post may contain spoilers.

Since this post is just speculation it’ll be great to have your theories in the comments below.

As noted in Are the Lights Going Out there have been flickering lights throughout this season of Doctor Who. The first, perhaps, flicker event happened early in Asylum of the Daleks when Amy was kidnapped by the humanoid Dalek puppet. At the time it seemed pretty clear; the Dalek tech was causing the flickering.

Later on the Doctor, Amy and Rory were stranded on a planet surrounded by nano tech that converted flesh, alive or dead, into Dalek or Dalek puppet. Amy lost her nano tech protection bracelet so the Doctor gave her his one. We don’t know when the Doctor did this.

Is the Doctor really immune to nanobots? Or do they just effect him more slowly?

Later on Oswin explained you could see how far the conversion had gone by seeing how angry the victim was becoming.

In the next episode, Dinosaurs on a Spaceship, the Doctor is scanned by Solomon’s (Bradley) sophisticated identify and evaluate machine. This is the same machine that correctly identified Queen Nefertiti (played by Riann Steele) of Egypt via a remote scan. That must have been an incredible challenge but it succeeded.

Did it identify the Doctor? Did it even recognise the Doctor as a Time Lord? No.

Could the scanner have failed to identify The Doctor as a Gallifreyan because his molecular structure had been changed?

Later on, rather than taking Solomon into custody to face justice, he used him and his death to distract Earth’s missiles. Was this a changed and more angry Doctor?

In fact, Oswin why was the Doctor associating with a gun using big game hunter like Riddle (Rupert Graves) – the other guest companion – in the first place.

So, what about A Town Called Mercy?

We certainly saw an angry Doctor there! He dragged the alien doctor over the boundary line – to have him killed. He was so angry that Amy was taken aback and talked about how much he had changed.

We also found out that the Doctor was hundreds of years older than he was in the previous season. He hadn’t been travelling with the Ponds all that time. How many hundred years have the Dalek nanobots had to slowly work on the Doctor?

Was there a clue when the Gunslinger scanned the Doctor? We saw a hi-tech report on his biology.

Is that all? No, there’s one more piece of speculation.

We fully expect Jenna-Louise Coleman to be the new Companion. This is complicated and for more insight read Can the Doctor Save Oswin? and Is Oswin Really the Next Companion?

It is possible that the Doctor starts to travel with a Dalek companion or Dalek influenced companion… but why would he do that?

Could it be that The Doctor seeks Oswin out or gets mixes up with her time line again because of his own exposure to the Dalek transformation process?

I’m not sure whether the Doctor is turning into a Dalek but him not being recognised by the scanner can be explained by Oswin deleting him from the Dalek’s records. She probably went a little further and deleted him from history.

Hmm. Maybe. I think others will support you on that – but I can see how Oswin could use the pathweb to hack the Dalek memory banks, not sure I can see how she used it to hack time/history or even the scanner!

Why he’s 200 years older is explained in the last season. He knew he was going to die and when so he was roaming around wasting time procrastinating. It’s why when he’s sitting in the diner at the begining of the season and his blue book was full and matched up with all of River’s. He even admitted then to being 200 years older shortly before he got shot. Then the 900 yo version of himself walked into the diner after it was over, oblivious to it all. Then after it was done, and his death was official, he decided… Read more »

Doctor Who: Is the Doctor becoming a Dalek? 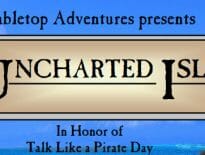 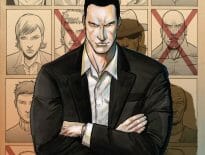