Tremulus (actually, I think the branding demands lower case t – tremulus) has a storytelling RPG Kickstarter project. We’ve seen some large projects in recent days but tremulus is at the other end of the evolutionary scale – asking for only $5,000.

At the time of posting, tremulus has slaughtered its goals with over $13,000 in funding and nearly 350 backers. It has 34 days still to run.

If you think tremulus has taken the easy Kickstarter path of making it super available for every Tom, Dick and Harry to chip in – hold your horses. THere’s no $1 pledge nor is there is a $5 pledge. The lowest you can go is $10. That earns you a PDF copy.

The game is by Reality Blurs, a good name for any Cthulhu related company and the text pitch includes some heavyweight tips. For example, Monte Cooke, co-designer of Call of Cthulhu d20 and currently Kickstarting a sci-fi RPG called Numenera says;

“tremulus looks creepy and intense. It’s the kind of thing you think you want to avoid at all costs, but instead can’t help but be drawn toward…”

“Deceptively simple, never dull, tremulus is not for the faint of heart but the inquisitive soul. It makes it dead easy — frighteningly fun, even — to tell stories to scare the hell out of yourself.”

No question, then, Reality Blurs are well connected.

Since the lowest Kickstarter Pledge gets you a full copy of the game it raises the question “Do you use Kickstarter to support projects or do you use it to get cheap copies of games?”

The largest pledge? $2,500. In other words; a single pledge could raise raise the total funds they ask for.

tremulus looks like it’s set to be an awarding storytelling RPG. 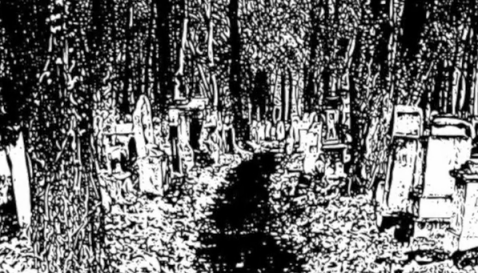