Russell Morrissey, known to many as Morrus from EN World, has launched a web series. It’s called The Petrubed Dragon, we’re a few episodes in and so far we’ve commentary (with a twist) on some gamer sterotypes. The second episode features a “my GM wouldn’t…” visiting player. We all know those.

In The Peturbed Dragon the visiting player, Dave, is an orc. In the series we follow a group of fantasy characters playing the roleplaying game of “Real Life”. Real Life, as it turns out, is a strange and almost unbeliable place.

The player below is a playlist of a few episodes of The Peturbed Dragon (I’ll update this in batches) so you can watch the series so far without jumping from browser tabs or clicking around.

It’s interesting to watch EN World develop. You might think that Morrus would steer clear of content players, seeking to work with rather than operate in the same space as publishers – but this isn’t the case. There’s been an EN World imprint. I recall doing reviews of their d20 supplements back in the GameWyrd days. With The Perturbed Dragon and EN World TV isn’t playing the me-to game, they’re jumping into a space ahead of many publishers. However, its likely we’ll see more publishers moving into this space. 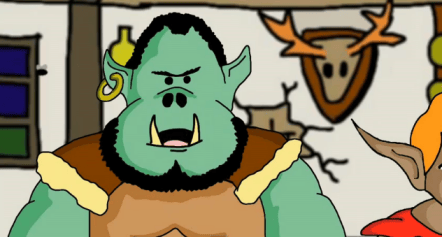 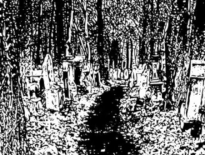 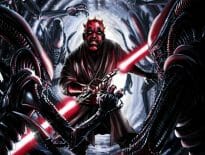 Art The Dark Side of the Force versus Aliens
wpDiscuzComment Author Info
Manage Cookie Consent
This site uses cookies 🍪, and links are ads that may earn bloggers some money 💰, and with this alert, I very much hope that these dark truths 🧌 are acknowledged.
Manage options Manage services Manage vendors Read more about these purposes
Preferences
{title} {title} {title}
Loading Comments...