You are here: Home / TV / Online Shows / Who actually created D&D? A Dungeons and Dragons documentary

This video is a trailer for a Dungeons & Dragons documentary. I think it looks pretty good. It’s a complex story – even around apparently simple questions like; “Who actually created D&D?”

This is not a completed documentary though. It may never be finished. There’s a Kickstarter project for it with pledges beginning at $5. They’re asking for $150,000, though, and at the time of posting this blog they have 20 days to go and have raised less than $30,000. It seems bleak but I’ve seen projects race in their last week. Here’s their pitch.

After some though, I’ve become a backer. I’ve gone for the $25 pledge level to a get a digital copy if the project succeeds. The next jump up for me is quite as has it involves shipping discs from the States to Scotland.

I imagine gamers will have some questions around the documentary that the Kickstarter can’t clearly answer. Will the documentary dabble in anti-gamer nonesense? It certainly seems it will cover controversy? Another key question for gamers may be whether it tells them something new about D&D that they didn’t already know.

Are you a backer?

Who actually created D&D? A Dungeons and Dragons documentary 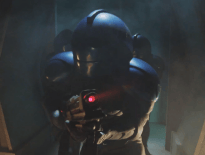