You are here: Home / Books / Comics / Bloodstrike to Hollywood 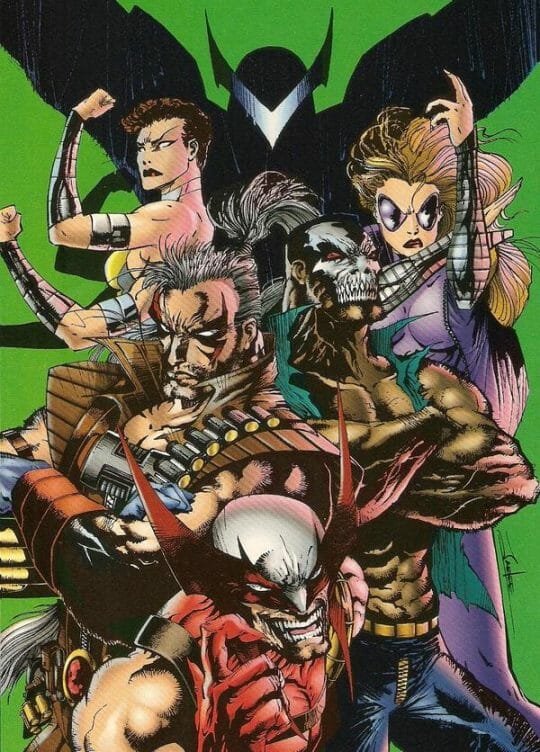 Rob Liefeld, creator of Deadpool and controversial artist, may have another comic series on the way to Hollywood.

It’s reported that Bloodstrike will get a movie. Bloodstrike is a series about a team of dead mercenaries who are brought back to life. The movie will use vampire blood as the means of bringing the team back. Vampires and superheroes, yeah, you can hear the Hollywood execs getting excited.

Liefeld himself seems keen that this movie is an adult one and has clearly been watching the Dredd 3D trailers.

Bloodstrike will be R rated. Adi Shankar the real deal. See Dredd, The Grey, Punisher fan film, and female EXPENDABLES. Gets this stuff.

Via Sara Lima at Comic Vine.

Music The Bioshock Song
💰 Copper Coins 💰 Geek Native is an affiliate and may earn commission on purchases you make from third-party sites.
🍪 Privacy & Cookies 🍪 The site uses cookies to survive. By accessing the site, you agree to use your browser to control cookie use or take 1d4-3 privacy damage (tracking). If you defeat cookies via ad blocking, please consider the Patreon. An intro to cookies, and how to control them, can be found here. I Manage Cookies