You are here: Home / Games / Console / LEGO Lord of the Rings – surprisingly funny

This LEGO Lord of the Rings trailer is surprisingly funny. The game, from Warner Bros, is due out in the Autumn for a wide range of devices; 3DS, DS, PC, PlayStation 3, PSV, Wii and Xbox 360.

It’s perhaps the range of hardware which means we’ll not see much in the way of gameplay trailers for a while. It’s always been the game play aspects that made the LEGO games successes in the past. LEGO Star Wars, using Force power to unbuild and rebuild scenary, was one of the best.

We’ll just have to see how good LEGO Lord of the Rings turns out to be but I suspect it’s a game for geeks whether they’ve console playing kids or not. 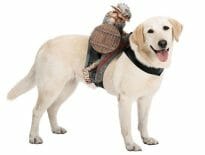