You are here: Home / Games / Tabletop & RPGs / What are Heroclix Fast Forces and Gravity Feeds? 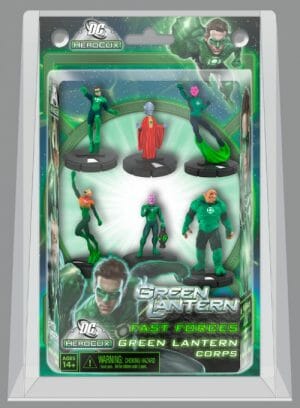 It’s all about the packs you buy Heroclix in. Fast Forces are blister packs that contain a number of Heroclix figures. Typically the Fast Forces packs are themed so you get related models – for example; Fast Forces: Galactic Guardians Annihilators.

Fast Forces typically include a map as well. The map is one of the main reasons why some Heroclix buyers go for this size in particular, seeking to add the map to their collection as well.

The Heroclix Fast Forces probably get their name from their ability to help players quickly build their forces.

On the other hand, the Gravity Feeds are boxes that sell single unit models. They’re designed for retailers to place near the cash till and tempted gamers with just a few bucks left. The Gravity Feeds target the impulse buying Heroclix figures.

It might be worth noting that the concept of Fast Forces extends to Heroclix Online. If you buy a pack of qualifying figures, such as in the Justice League Fast Forces set, you will get a code that can be redeemed in game for a virtual figure.

What are Heroclix Fast Forces and Gravity Feeds? 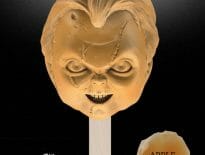