The Weekly Shonen Jump magazine is supporting rumours that the fourth Bleach film has been given the go-ahead. It’s expected to open in the last quarter of 2010.

The third Bleach movie, Fade to Black – imi no Na o Yobu (I Call Your Name), aired in Japan in December 2008 and featured an amnesia plot where the Soul Society forget about Ichigo.

Viz Media have the American rights to the first two Bleach movies. 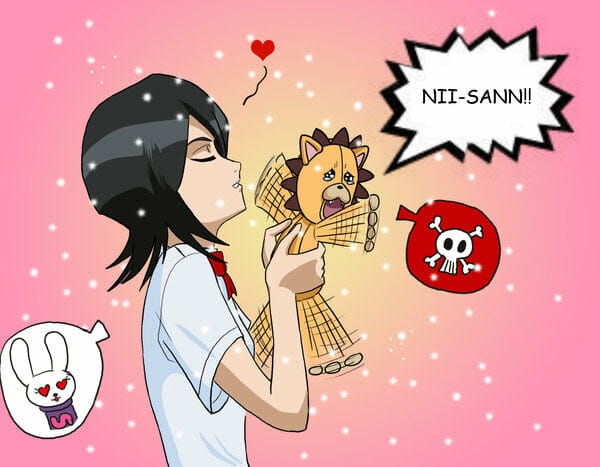 News via Anime News Network and image by ~mahha-gogogo.

time to read: <1 min
Geek Stuff What if? … the Earth had rings like Saturn

Geek Stuff A 1:1 scale Hellboy Big Baby gun
💰 Copper Coins 💰 Geek Native is an affiliate and may earn commission on purchases you make from third-party sites.
🍪 Privacy & Cookies 🍪 The site uses cookies to survive. By accessing the site, you agree to use your browser to control cookie use or take 1d4-3 privacy damage (tracking). If you defeat cookies via ad blocking, please consider the Patreon. An intro to cookies, and how to control them, can be found here. I Manage Cookies