Ridley Scott‘s Robin Hood gives me cause for hope. It looks dark. It looks gritty. It looks a million miles away from the BBC utterly awful Robin Hood series.

That said; it does Russell Crowe in it so it may still be annoying – hopefully Mr Scott can channel Gladiator‘s spirit and make Crowe behave. It also has Cate Blanchett in it so perhaps it’ll even out. It’s also worth noting that the original version of this movie was Nottingham from the pens of the (Bulletproof Monk) Ethan Reiff and Cyrus Voris but things got horribly mutant along the way. 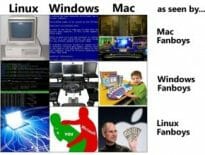