You are here: Home / TV / Anime / Koto no ha no niwa: Garden of Words review 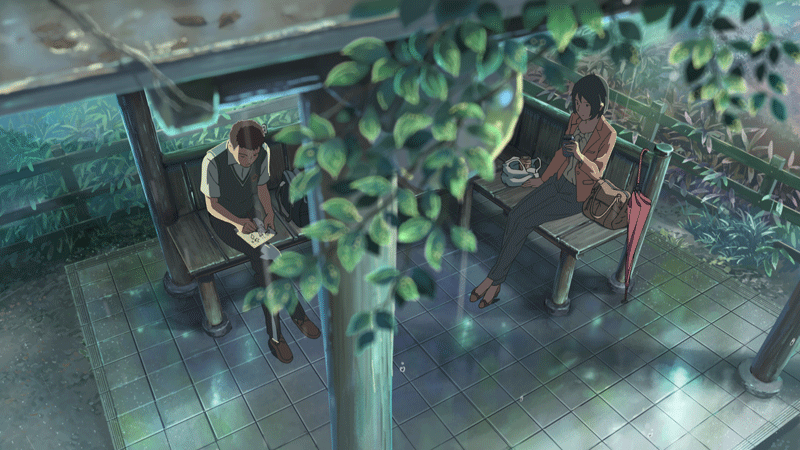 Garden of Words is a beautiful short, only 47 minutes, anime from Makoto Shinkai. It is a film about rain and feet.

The animation is simply stunning. The first few minutes of footage, from the opening credits through to the introduction of the characters is remarkable. The scene of a branch dipping into a lake might pass as film.

Makoto Shinkai discussed the anime at the Edinburgh week of Scotland Loves Anime 2013 and talked about the techniques used. “Too good to be true,” Jonathan Clements pondered in the interview. For the most part, Garden of Words is hand drawn. The ripples in the ponds in the breathtakingly gorgeous park are initially drawn by hand – and then a computer is used to replicate them. The leafs that rustle and part so realistically on the many trees when the wind picks up are drawn by hand – but a computer is used to replicate them and show alternative wind patterns. There was no motion capture or rotoscoping used.

The rain seemed to impart realism. The park and the surrounding city looked and felt far more real whenever the rain fell. 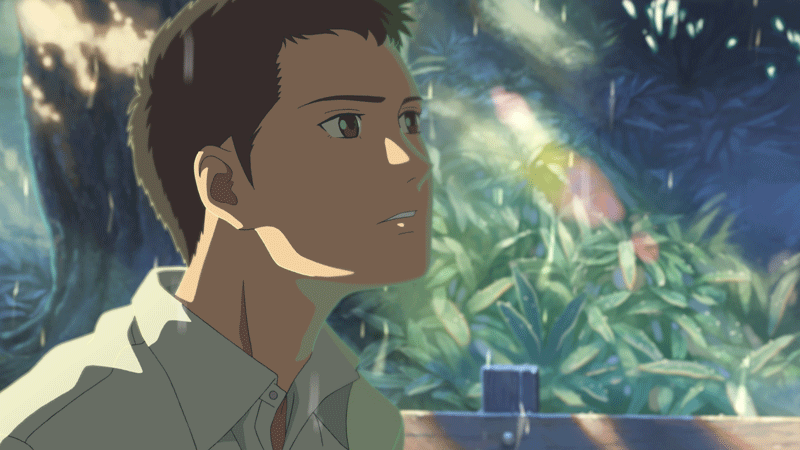 The anime follows Takao, a high school student, who loves the rain and skives school to enjoy the showers in the park. There he meets a quirky but attractive woman, enjoying beer and chocolate in the shine like shelter they both prefer.

A platonic relationship blooms. Although she is more than a decade older than him he feels like the more mature – or less quirky, at least of the pair – and both come to long for the rain and for their next meeting.

Garden of Words is also about shoes and feet. Takao has an unusual desire for a Japanese school boy – he loves to draw shoes and wishes to become a shoe maker. With his sights set on becoming a cobbler he doesn’t need to pay as much attention in school as some, which lets him get away with missing the first class of any morning it rains.

There is a twist, of course, and even if you enjoy Slice of Life and Coming of Age anime, you might wonder whether Garden of Words has a happy ending or not.

I enjoyed it. I just happened to be in the right mood for a carefully placed, wonderfully drawn, not melodramatic, slice of life anime.

Koto no ha no niwa: Garden of Words review 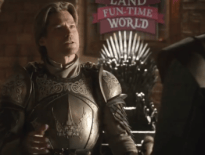