Forward Unto Dawn is a live action, web based, series for Halo 4. The team at Machinima will be hosting the content on their new Machinima Prime channel and we’ll get a series of five episodes. The official title is “Halo 4: Forward Unto Dawn” and sets the stage for the Halo 4 launch.

The series goes back to the before start of the war against the Convent and follows a group of rich kids as they enter UNSC training. One of these cadets, Thomas Lasky (played by Tom Green), has doubts about the conflict mankind found itself in before the Convent came – the war between central command and the insurrectionists in the outer colonial planets.

You’ll also see Anna Popplewell from The Chronicles of Narnia. Her character, Chyler Silva is another cadet.

Fans, however, will be interested to know that Master Chief turns up towards the end (as seen in the full trailer) to muck in as the going gets tough. He’ll be played by Daniel Cudmore.

You may well have seen Daniel Cudmore before. He’s in The Twlight Saga – I’m not saying you’ve watched that – but you may recall him from X-2 and X-Men: The Last Stand as Piotr Rasputin aka Colossus. 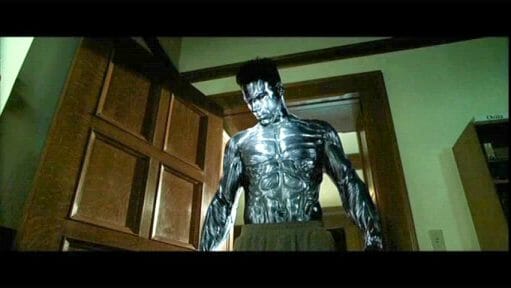 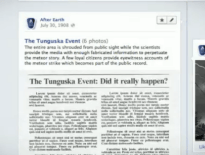 Movies After Earth trailer and the Tunguska Event
Online Shows Collider #7 – Despair
wpDiscuzComment Author Info
Manage Cookie Consent
This site uses cookies 🍪, and links are ads that may earn bloggers some money 💰, and with this alert, I very much hope that these dark truths 🧌 are acknowledged.
Manage options Manage services Manage vendors Read more about these purposes
Preferences
{title} {title} {title}
Loading Comments...