You are here: Home / Movies / After Earth trailer and the Tunguska Event

After Earth is the next movie project from M. Night Shyamalan. It stars Will Smith and his son Jaden. Smith, playing famous general Cypher Raige, who is forced to crashland on old Earth due to an asteroid storm. His son, Kitai, is forced to trek across the dangerous Earth in order to get help.

This trailer, designed to go viral, uses the Facebook Timeline device as a way to reveal the backstory to the setting. Mankind is in space thanks to another spaceship that was forced to crashland many years ago. A key event is “The Tunguska Event”. One Facebook post asks “The Tunguska Event: Did it really happen?”

There is a real life Tunguska event: a powerful explosion that rocked the Podkamennaya Tunguska River in Russia back in 1908. It is believed to have been the largest impact event on Earth in our recorded history. It looks like a suitable event for After Earth to gobble up for their backstory. 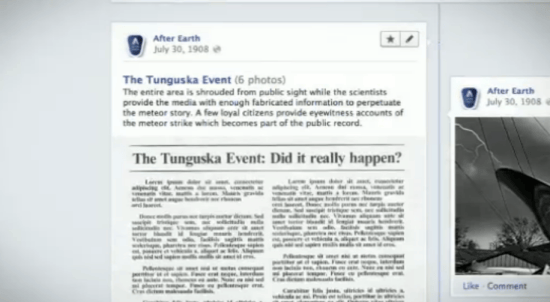 After Earth trailer and the Tunguska Event 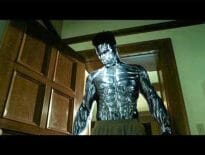