You are here: Home / Games / Tabletop & RPGs / Vampire: the Masquerade inventor has a new game 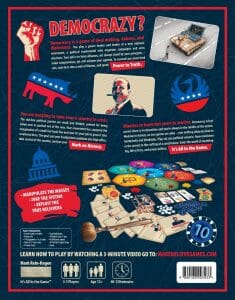 Mark Rein•Hagen may be best known for creating the World of Darkness and the flagship RPG from the series – Vampire: the Masquerade. He’s created other games to, including the card game Long Live the King. He’s not done anything that’s hit Geek Native’s radar in a while though.

In fact, the Facebook page of his new company hints at this too. The short about section includes this;

Mark Rein Hagen has been found, residing in the Republic of Georgia. He has also been recently resurrected to the World of Games.

The company in question is Make-Believe games and Rein•Hagen is the Founder, CEO and Designer-in-Chief.

Mark Rein•Hagen’s new game, from his new company, is a board game. It’s called Democracy: Majority Rules and is a game of deals, debates and diplomacy. Players are activists, power brokers, leaders of a new national movement and a political mastermind who organises campaigns to win elections. Form alliances but stick to your principles, compromise and yet achieve your agenda.

In a press release, Rein•Hagen said;

“Make-Believe has taken an intense, immersive, modular game and added some amazing production values to create something that is something completely new”,

“After years away from the industry working in political consulting I’m back home again and I couldn’t be happier.”

The game is designed for 3 to 5 players and can be played in less than 60 minutes. It will also be possible to expand he game to 6 to 10 players by buying a second set and combing the two. The Facebook page makes mention of a Kickstarter project in the works – but I can’t find it on Kickstarter.com. It may be yet to launch.

Something tells me that it won’t exactly struggle to get funding.

Vampire: the Masquerade inventor has a new game 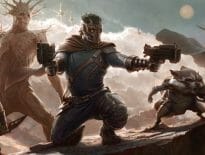 Comics Who’s in Guardians of the Galaxy movie? 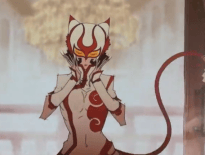