You are here: Home / Geek Stuff / Illegal dinosaur sold for over $1 million

This sounds like the start of a roleplaying scenario.

The nearly complete remains of a Tyannosaurus bataar (closely related to Tyannosaurus rex) has been sold for over $1m. The sale, though, was despite a judge in Dallas ordering the auction hose not to sell the skeleton. 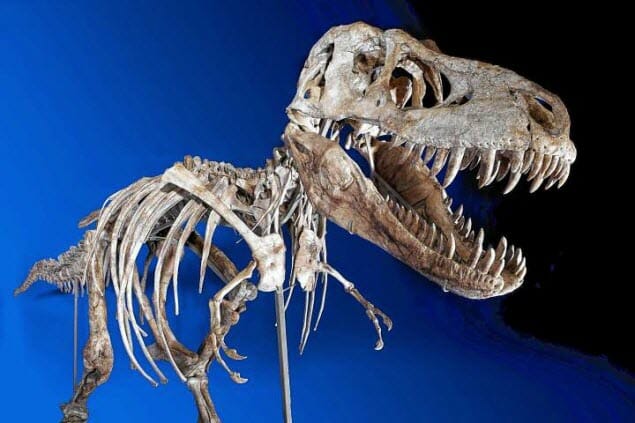 The 80 million year old creature is believed to have lived in the Central Asia area and the remains of the Tyannosaurus bataar have only ever been found in Mongolia. The exporting of dinosaur bones and fossils is banned in Mongolia – so where did the dinosaur bones come from?

Mongolian President Elbegdorj Tsakhia has a restraining order on Heritage Auction House that should have prevented the sale. The local American authories by way of the Dallas judge also demanded a stop to the sale.

While Judge Carlos R. Cortex listened in via the phone the Hertiage Auction House completed the sale. In a second catch – the seller and buyer are not known although it is believed that the sale in conditional on all the upcoming court cases being won.

For their part, Heritage Auctions insist; “legal assurances from our reputable consignors that the specimen was obtained legally.”

Lots more reading on Reuters, CBS and NY Daily News for the interested.

Illegal dinosaur sold for over $1 million