Chris Balcombe is responsible for creating an awesome dalek. He’s a pciture editor who collects original Doctor Who props that date back to the Jon Pertwee era. We’re talking Doctor Who in the 70s, the third Doctor.

He built the dalek below based on the golden daleks that have battled Christopher Eccleston’s ninth Doctor and David Tennat’s tenth Doctor. It’s called the “dalek planter” and you can buy it on Red Bubble. 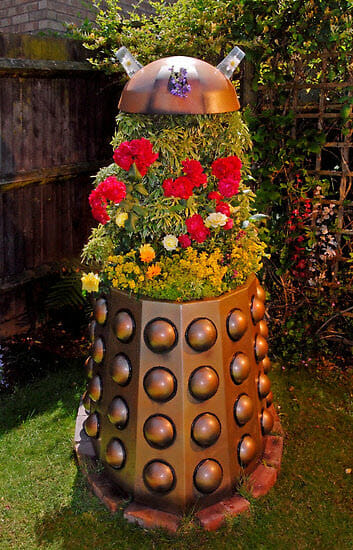 Inspired by Balcombe’s skill, geek crafter Jackie Lantern had a go at a similar project – just on a slightly smaller scale. The full adventure, which includes a broken head, is documented on crafters.org and results in a fair cuter dalek planter. Nevertheless, the cries of “Germinate! Germinate!” can still be heard echoing around the kitchen. 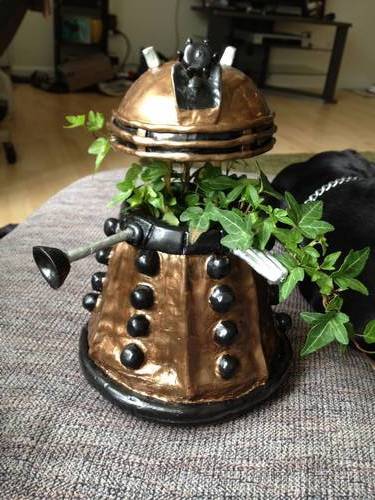 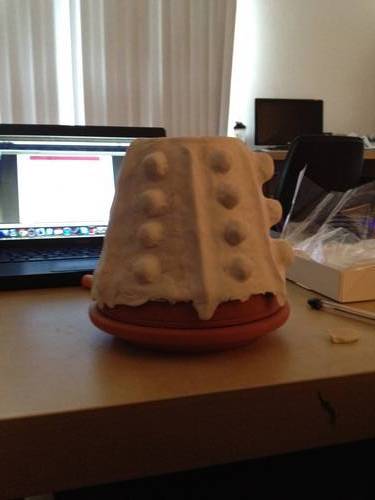 What do you think? If you had a dalek and a dose of crafting skill – what would you make?

Geek Stuff Today only: Ocarina of Timepiece
💰 Copper Coins 💰 Geek Native is an affiliate and may earn commission on purchases you make from third-party sites.
🍪 Privacy & Cookies 🍪 The site uses cookies to survive. By accessing the site, you agree to use your browser to control cookie use or take 1d4-3 privacy damage (tracking). If you defeat cookies via ad blocking, please consider the Patreon. An intro to cookies, and how to control them, can be found here. I Manage Cookies