This post contains an advert video from Samsung for the Galaxy Note. I decided to post it because I think the Note is worth talking about. I’m just back from The Gadget Show Live and one of my main observations was that the iPhone was hardly insight.

To be clear, the iPad was everywhere and there were less Android tablets than in 2011 but when it came to phones all the buzz was around high end Android devices. The HTC One was popular but the device that was most present was the Samsung Galaxy Note.

I had a shot of one and it was easier in the hand than I expected. I’m not a fan of the word phablet (meaning phone tablet) and, yeah, the Note is like a tiny tablet or a large phone – I’m inclined to say large phone. However, if you want to know what it’s really like – I’d say it’s most like a notebook in size and feel.

The ad really seems to back me up. Samsung are happy enough to highlight the phone’s note taking ability. I could actually see myself using this.

Don’t dismiss the stylus either. If you’ve had a go at Draw Something with a stylus, as I have, it’s very hard to go back to just ysing your finger. For drawing and scribbling the stylus works really well. 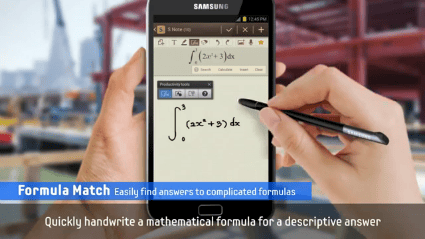 Of course, the Premium Suite upgrade is about more than notes and the S Pen – there’s Ice Cream Sandwich. WIth ICS Android gets a better photo-editing suite as well as performance improvements.

There is Angry Birds Space too. Galaxy Note users actually have access to an exclusive Angry Bird levels too. 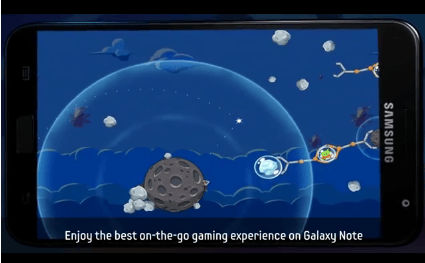 I think we’ll see a second Galaxy Note device and I think the Note has gone from testing a market to proving a market. Samsung’s ad money seems to have been well spent. 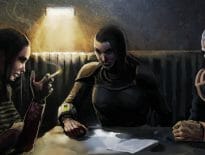