Last month Geek Native was lucky enough to have an exclusive look at Cold & Dark; an RPG from Wicked World Games.

At the time I speculated whether the game might touch on the Mass Effect style. Lost Redemption seems to suggest so. It’s also been noted that Cold & Dark promises to be a game that makes strong use of art and colour. Lost Redemption is a short story that’s better illustrated than some of the most expensive RPG rules downloads. This freebie proves Wicked World have the art resources to meet with expectation.

I asked Mischa Thomas to introduce the short story.

Lost Redemption is a short story set in the Cold & Dark universe. It gives an example of the situations and dangers characters might be up against. The two main characters, Rook and Seeley, come from two widely different walks of life but their fates become twisted together by destructive and harrowing forces.

Lost Redemption also serves as a prequel to Darker than Most, a ready to play story which will be incorporated in the upcoming quickguide. This will also be available as a free download. In Darker than Most, the players take on the roles of individuals who unwillingly are forced to deal with the aftermath of the events in Lost Redemption as they arrive months later on the site.

Well, it has arrived. This dark tale of desolation and alien madness will give some insight into the horrors which lurk in the C&D universe.

Lost Redemption is available, for free, as a direct download from Wicked World (PDF link).

Let us know what you made of the story in the comments below. Are you more likely to play the game? 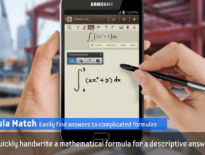 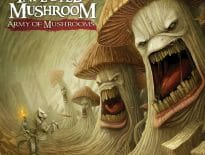