It may have been a fit of foolishness but this blog stepped forward for Stuffer Shack’s Site of the Year. On April 17th you have a chance to vote for Geek Native. Luck points awarded to anyone who does.

Stuffer Shack’s Site of the Year goes to a roleplaying games site that has had a cracking year. It needs to pass through the voting stage and then survive the 2012 judges. If you’re awesome enough to vote for Geek Native on the 17th then the following people will get involved:

The goal? The goal is defeat embarrassment and put in a respectable showing.

Geek Native readers are the most savvy gamers known to the interwebs. A vote on the 17th for the site confirms that.

Good luck! It’s an honor to compete with sites like yours!

Thanks. That’s too kind of you. I’m certain you’ll be among the frontrunners for taking the title!

I look forward to meeting you on the field of voting good sir! I am rather flattered to be in the competition against such an awesome website though – good luck!

Thanks! I think! Not sure I’m looking forward to meeting you  – don’t tell me we share voting days? 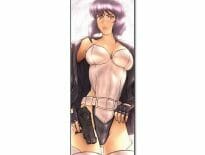