Kristy Guevara-Flanagan’s documentary looks at the evolution of superheroines in American society.

It traces the development of the Wonder Woman character herself, through to the end of the war and onto the women’s liberation movement. There’s both a Twitter account and Facebook page to sign up to as well.

The documentary aired at SXSW and I couldn’t think of a better venue for it – taking Superheroines into the heart of the tech and movie community. A community that shines with powerful female leaders while also, sometimes, being prone to male oafishness. 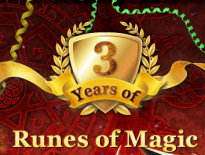