Battle for Earth if the third DLC for DC Universe Online. It brings new Earth Powers, more multiplayer and open-world content and more battles against Brainiac.

The DLC promises to introduce a new story twist. Players will be able to Raid Themyscira, dealing with the Avatar of Magic, Chimeric Brainiacs, protecting the Amazons and Beastimorphs. There’s a battle in South Gotham as well. 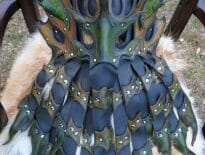