You are here: Home / Games / Tabletop & RPGs / WizKids’ The Hobbit: An Unexpected Journey – Journey to the Lonely Mountain board game

The new board game, expected out in the States in October, is designed by Eric Lang and will echo the first Peter Jackson Hobbit film.

The deluxe board game will have 5 detailed, painted miniatures each with the HeroClix base, a rulebook, cards, tokens and a game board.

The new game will follow the narrative of Jackson’s film, keeping track of Bilbo Baggins as the hobbit makes his way towards The Loney Mountain.

The game can be played as player versus player or a 1 versus 3 player twist. Players can adopt the role of Bilbo or Gollum or two other foes from the shadow.

Peter Jackson is filming two Hobbit movies as a prequel to Lord of the Rings. The first movie is due out at the end of 2012 and is likely to be a Christmas smash hit.

WizKids’ The Hobbit: An Unexpected Journey – Journey to the Lonely Mountain board game 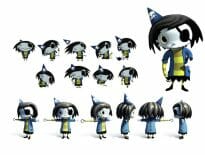 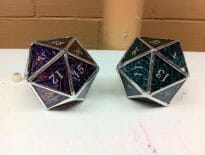