You are here: Home / Games / Console / Female Shepard in her very own Mass Effect 3 trailer

This trailer for Mass Effect 3 shows Shepard getting reinstated to active service. It’s too late, of course, we know from the end of ME2 and the teasers that the Reapers are on their way.

Female Shepard in her very own Mass Effect 3 trailer 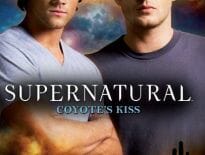