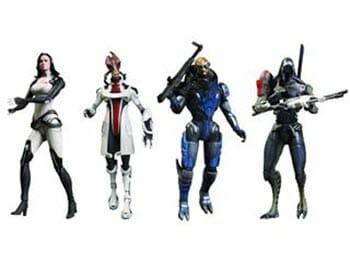 BioWare are planning to release another set of Mass Effect figures. This time we’ll get Miranda, Mordin, Garrus and Legion. Here’s the interesting bit – each figure comes with a card that activates some downloadable content for Mass Effect 3. Sadly this will be region locked to the United States.

These figures are available on the BioWare Store or through indies like Big Bad Toystore. Notes on the BioWare store explain how the – slightly random – DLC will work.

These products contain codes that can be redeemed for a downloadable content pack for Mass Effect 3 multi-player. They are slightly randomized during the registration and could include powerful new weapons and new characters. The pack could also include character boosters, weapon modifications, and weapon upgrades to make your multi-player squad stronger. (Only supported on XBox360 and PC.)

These figures are not cheap. BioWare is offering the set of four for $75. BidBad suggests the list price should be $79.99 but is discounting too $67.99. If you’re just after the DLC then it gets very expensive. 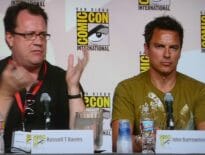 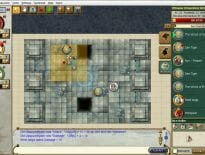